Wilder: Everyone Wants Joshua To Fight The Man - That's Me!

Joshua will defend the belt against Eric Molina on December 10th in Manchester.

Wilder had faced Molina last year and was rocked badly in the early rounds before recovering, scoring multiple knockdowns and then putting Molina away in the ninth round. 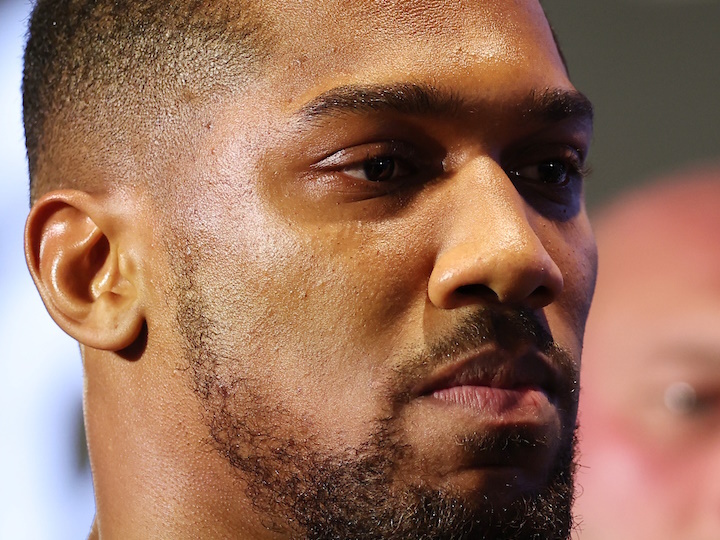 Wilder is out of the ring until the first quarter of the year. He suffered several injuries during his July knockout of Chris Arreola. Wilder underwent surgery and is nearly at the point to start full training.

Joshua, should he beat Molina, will head to a March/April fight with Wladimir Klitschko - with the vacant WBA/IBO belts at stake.

Wilder will eventually have to make a mandatory defense against the winner of next month's fight between Alexander Povetkin and Bermane Stiverne.

After Joshua's fight with Molina, there will be a lot of comparisons - good or bad - to Wilder's performance with Molina.

"This is the build-up, if he is able to get the job done, to a unification fight," Wilder told Sky Sports.

"If he comes victorious, everyone wants to see him fight the man. And I am the man. No matter what people say, I am the man, especially in America. [Joshua's upcoming fight] is good for the viewers of America. This fight will get a few more Americans on tune with who Joshua is.

"2017 will be a beautiful year. Our goal is to unify the division so we need others that want to put their title on the line. 2017 is all about risk-taking and I think it's going to happen. There's so much going on with belts and sanctions but, if I have my pick, I want to come back with a bang and unify the division with somebody. If you're at the top, no matter who you are - especially if you're a belt-holder - we want you."

Wilder will not fight Joshua. BUM SQUAD only fights bums.

Who did Wilder duck???? 🤔 I can't recall him turning any fight down!! [QUOTE=TexasCowBoy;17173913]Deontayduckus Wilderquackus is the scientific name for the new species of duck discovered in the Great State Of Alabama...this duck is know for quacking at very high…

-First champions of their respective countries in years. -Charismatic champs. -Former olympians and medalists. -Star potential. -Athleticism, power and suspicious chin. Both guys have a lot in common, they should fight a live body before consider a fight against each…

Probably the biggest fight in boxing in early 2018. Going to be a blockbuster