Whyte: Wilder Is Garbage; Fury Would Beat Him Again In Rematch

Dillian Whyte still has no idea when he’ll get his shot at the WBC heavyweight title.

The WBC’s No. 1 contender suspects, though, that if the WBC finally does make him its mandatory challenger, he’ll battle Tyson Fury for that championship, not Deontay Wilder. England’s Whyte figures Fury will win their rematch, which is tentatively scheduled to take place February 22.

Alabama’s Wilder would first have to defeat Luis Ortiz in a rematch likely to be scheduled for some time in October or November to fight Fury again. England’s Fury also will take another bout before challenging Wilder again, but his opponent hasn’t been chosen. 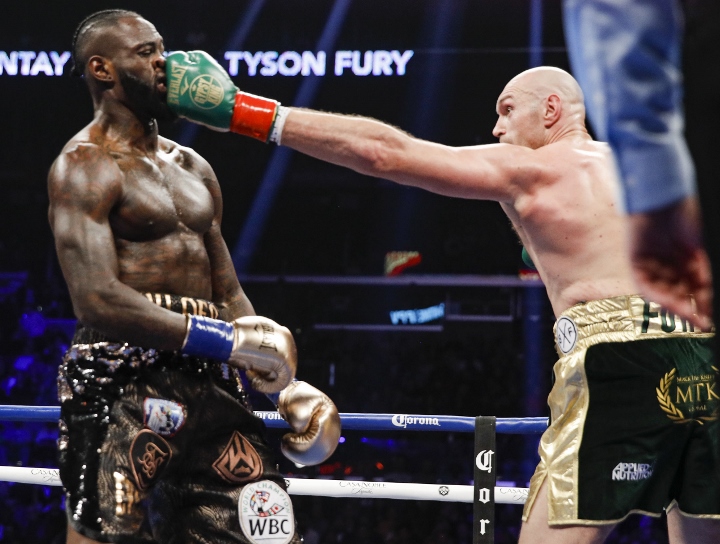 “Let’s see, these guys are always trying to find another way out of fighting me, as they keep doing,” Whyte told Sky Sports for a story posted Monday to its website. “People would make a case, saying Fury would win, because of what he did last time. But Wilder knows all he’s got to do is get to him and hit him, so I don’t know.

“I think Fury gets dropped anyway, but he gets up, as he proved against Wilder. Who knows? Maybe if Wilder catches him clean, early enough, he might get up. But Wilder is garbage as well. I think Fury would beat him again anyway.”

Fury (28-0-1, 20 KOs) survived two knockdowns during his December 1 fight with Wilder, one apiece in the ninth and 12th rounds. The lineal heavyweight champion settled for a split draw, despite that many fans and reporters think Fury did enough to dethrone the undefeated Wilder (41-0-1, 40 KOs) that night at Staples Center in Los Angeles.

Meanwhile, Whyte (25-1, 18 KOs) must beat Colombia’s Oscar Rivas (26-0, 18 KOs) in their 12-rounder Saturday night at O2 Arena in London to remain the WBC’s No. 1 contender. The winner likely will be named the mandatory challenger for Wilder, though Whyte understandably has argued that he already should’ve received his shot at Wilder’s title.

DAZN will stream the Whyte-Rivas fight in the United States. It’ll headline a Sky Sports Box Office pay-per-view show in the United Kingdom.

[QUOTE=BangEM;19912766]I'm planning to attend the school that churned out blockheads like you and Wilder. Murica![/QUOTE] "Planning to attend." More likely living off the government or in your parent's basement. Get a life dude.

[QUOTE=JWHardin;19912622]Go back to school fool. You need some education.[/QUOTE] I'm planning to attend the school that churned out blockheads like you and Wilder. Murica!

[QUOTE=denium;19906524]He's already comfortably outboxed him despite Wilder coming in light. Wilder has a punchers chance and that's it.[/QUOTE] What you talking about? He got knocked down twice away from home. And only survived because of a long count. How is…