According to Sulaiman, they have not yet sanctioned because Fury has not enrolled in the CBP. The WBC uses VADA (Voluntary Anti-Doping Association) to run the program. 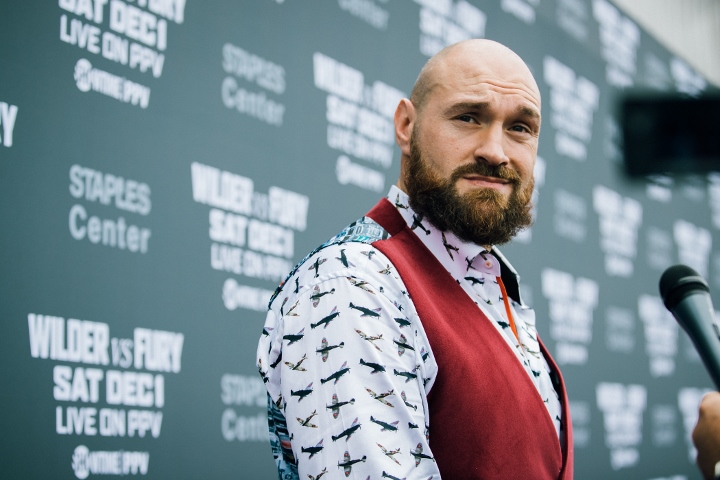 Fury faced testing issue in the past, when he came up positive for a banned substance in early 2015 - around the time of his fight with Christian Hammer. He reached a deal with UKAD (the testing regulator in the UK) for a two-year back-dated ban.

Fury had been inactive since November 2015, when he shocked Wladimir Klitschko for the unified heavyweight crown with a twelve round unanimous decision in Germany. Then due to issues with depressions and recreational drugs, he was on the shelf and eventually lost his titles.

He finally returned to the ring in April of this year, and since then he's picked up two wins.

Sulaiman plans to contact Fury, to push the process along.

"If he does not enrol, then the WBC cannot sanction the fight," Sulaiman exclusively told Sky Sports.

"If Tyson Fury does not enrol in the clean boxing program, the fight is not for the WBC title. He cannot win the title. He told me personally, publicly on Twitter. He sent a message, he had a fight, and he has been struggling with paperwork, so we understand that. We have that flexibility in our protocol, but now it's time. Time is now."

"I would say this week [he must enrol]. I'm going to reach out to him, because there has to be testing for the fight, out of competition. The time is of essence. Hopefully he will enrol."

whats going on in the UK with these peds tho?

[QUOTE=Vinnykin;19180171]They could refuse to rank any fighter in the top 15 that isn't enrolled in their 'clean boxing program', therefore stopping any one not under VADA testing from challenging for their title. That was easy.[/QUOTE] Ahhh, that's what they already…

[QUOTE=KnickTillDeaTh;19179853]Well, I can't really agree with you on that point. WBC can't stop the fight because that would be illegal. Under federal law, the Ali act, no one other then a State Athletic Commission (who are overseen by the Feds/ABC)…

[QUOTE=Vinnykin;19177220]Thanks for the info. I wasn't aware of the 90 day limit, or any limit on being enrolled before a fight. can't believe there isn't a rule disqualifying for them to even sanction a fight when 1 fighter is not…

[QUOTE=Jkp;19177750]UKAD are so impotent that Hughie Fury tested positive and didnt even get penalised, he just kept boxing and ignored them.[/QUOTE] That’s what Tyson did too, tested positive in a title eliminator and continued fighting !