World Boxing Council President Maurcio Sulaiman is not paying attention to the back and forth bickering between the teams for heavyweights Tyson Fury and Dillian Whyte.

Whyte is the mandatory challenger to Fury, who holds the WBC's world title. Pursuant to a WBC order, he is due a crack at the belt by February 2021.

At the moment Fury is scheduled to face Deontay Wilder in a trilogy fight on December 19. And Whyte is staking his mandatory status next Saturday night when he faces Alexander Povetkin at Fight Camp in Brentwood. 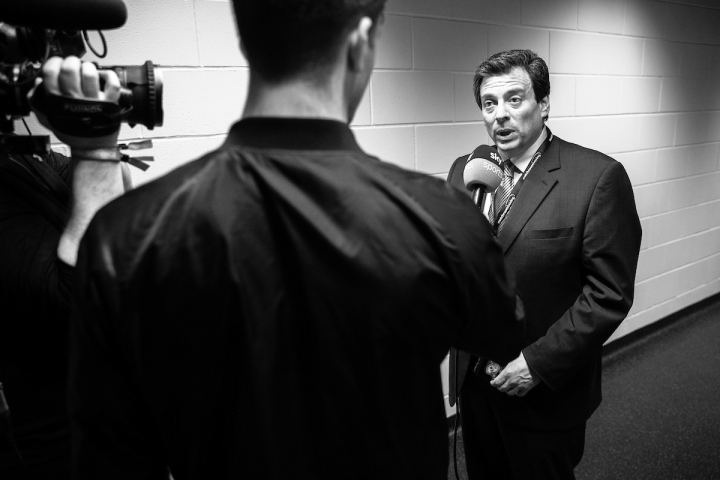 Fury's co-promoters, Top Rank's Bob Arum and Queensberry's Frank Warren, have expressed their disinterest in staging a fight with Whyte in early 2021.

There is also the scenario of Fury-Wilder 3, due to COVID-19 restrictions, being pushed back to 2021.

Whyte's promoter, Eddie Hearn of Matchroom, has openly stated that unless Fury-Wilder 3 takes place in 2020 - then Fury has to fight Whyte.

Arum and Warren claim their agreement with the WBC, with respect to the trilogy, allows for postponements.

With the ongoing coronavirus pandemic, the WBC is taking things one month at a time.

"No, we don't pay attention to outside external information," Sulaiman told Sky Sports. "All we can do is rule by official communications and it is our belief that the [Fury-Wilder] fight will take place in December as they have communicated to the WBC.

"The next fight is Wilder-Fury and the winner to face Dillian Whyte, if he beats Povetkin. We can only rule on what is available and what is the reality. The WBC position is clear - Wilder-Fury, the winner against Whyte, if he wins against Povetkin."

[QUOTE=TheFrog;20703941]The opinions of Whyte and/or the WBC are completely irrelevant. If Fury doesn't feel like wasting his time with Whyte then he can simply vacate the belt. Whyte can become a paper champion similar to Charles Martin. Assuming he even…

Lol... WBC gave up a lot of power creating the Franchise Bull-Ish. How can you force Fury to fight Whyte if you just let Canelo and Loma off the hook From Charlo and Haney? That short term money will get…

[QUOTE=Tyistall;20703946]Good. Hope they stick to their word for once. Fury is trying to duck Whyte and possibly fight another bum this year before fighting Wilder then possibly AJ after that. But he can't just do what he wants to. Fury,…

Fury and wilder aren't fighting this year. We'll be lucky to see them mid to late summer 2021. They aren't going to fight without a full crowd because for both this could mean the last big pay day. Whoever loses…