World Boxing Council President Mauricio Sulaiman says Mexican superstar Saul 'Canelo' Alvarez could have very well ended his career in 2013, when he took a big step up in class to fight Floyd Mayweather.

At the MGM Grand in Las Vegas, Mayweather dominated a 23-year-old Canelo over twelve rounds, for an easy decision win.

The fight with Mayweather is still the only defeat on Canelo's record. 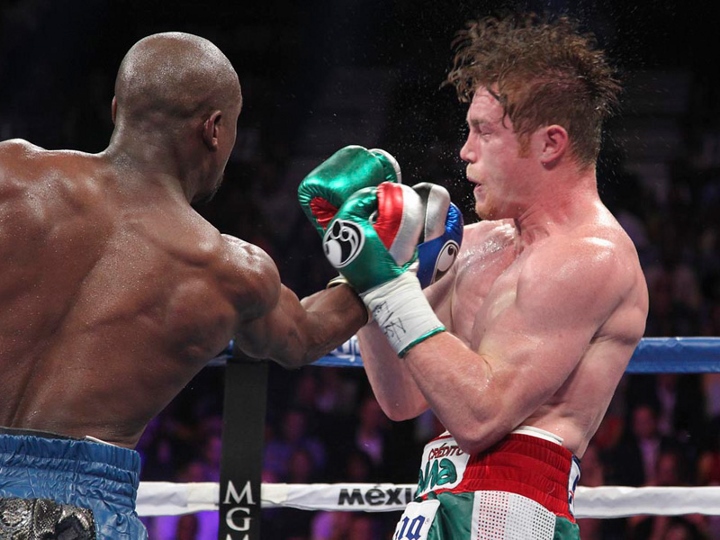 Given Canelo's age and the lopsided nature of the fight, Sulaiman feels that a lot of other boxers would have never recovered.

He cautions that Canelo was not mature enough for an opponent like Mayweather, who is a five division world champion. Mayweather retired, with his undefeated 50-0 record, in August of 2017.

Canelo has since built up a very nice record of wins, including world titles in four weight classes. Among the boxers he defeated Gennady Golovkin, Daniel Jacobs, Julio Cesar Chavez Jr, Liam Smith, Erislandy Lara, and last year he moved up by two weight classes to knock out Sergey Kovalev for a light heavyweight belt.

Sulaiman believes Canelo will enhance his legacy even further in the coming years. Canelo turns 30 in July.

"He learned from his mistakes. He fought Floyd Mayweather when he was too young and that could have ended his career. But then he focused, he came back, he learned from that fight and now has evolved into a very mature, highly competitive world-presence fighter.

"I think when his career is over, we're going to have Canelo Alvarez in a very selective list of fighters from history."

Canelo's fight with Mayweather was meant to be a litmus test of his skills. While it's true that Floyd was at the top of the division, he was not a devastating puncher. Canelo was never in any real danger of…

[QUOTE=Canelo and GGG;20577517]Nah ,it was not like Calzaghe vs Lace , Canelo was not brutaly beaten ,he was just out boxed and learned from that fight.[/QUOTE] He was dominated by a man fighting above his weight class and passed his…

[QUOTE=Jim Tom;20578071]Toney didn’t have good footwork but moved his upperbody more. I understand what you are saying about moving a lot as long as you move feet enough to get out of a shot’s way. Your feet are the first…

[QUOTE=Jab jab boom;20578048]accurate, however, it's possible that mayweather could've beaten anyone in his weight class withing the past 3 decades regardless of age. My comment was more towards the Canelo fans who try and act as if age was the…