WBC Prez: Fury-Whyte Can Happen in 2020 if Wilder Drops Out

World Boxing Council President Mauricio Sulaiman does not rule out the possibility of a 2020 clash between WBC heavyweight champion Tyson Fury and mandatory challenger Dillian Whyte.

The scenario is highly unlikely, but everything depends on Deontay Wilder.

Back in February, Fury dropped Wilder twice and stopped him in the seventh round to capture the WBC world title. 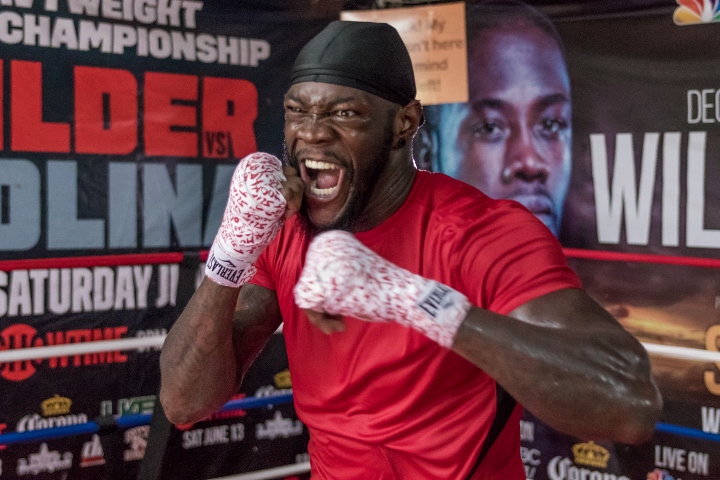 After suffering that loss, Wilder exercised his contracted option for an immediate rematch - which is currently targeted for December 19th.

Whyte is the mandatory challenger to Fury's title. He's due a shot at the belt by February of 2021.

If Wilder is unable to to proceed with the trilogy fight - then the WBC has no problem with Fury heading straight to his mandatory.

Of course if Wilder drops out, then Fury could decide to bypass Whyte and head directly to a showdown with IBF, WBO, IBO, WBA heavyweight champion Anthony Joshua.

The WBC gave their blessing for the Fury-Wilder trilogy - as long as the winner face in the first quarter of Whyte in 2021.

So many things can happen, especially with the ongoing coronavirus pandemic playing out in the world.

"There's so much hype, so much speculation about so many different things. There's the position that's very clear. The third fight and then the mandatory must take place. There are resources known in the sport that could lead to other scenarios, but the WBC's position and ruling is as I stated," Sulaiman said.

[QUOTE=champion4ever;20644213]Oh yeah! Well let me tell you something man. Your guy looks guilty as sin but it's ok. He got away with it though. Just be willing to face the facts and the evidence. The man cheated and got away…

[QUOTE=LoadedWraps;20644291][COLOR="Green"] Honestly as a Fury fan it's a win / win for me. I just want to see these guys active. I'd rather not see Fury fight Whyte over guys like AJ or Usyk, but he hopefully fights them all.…

Sulai-scum really needs to grow a backbone and take some responsibility for his own backyard. Sort your mess out.

[QUOTE=Monzon99;20644244]Translation: Sulaiman is scared of Whyte's legal team and knows he will lose millions for dicking Whyte around for two years.[/QUOTE] [COLOR="Green"] Honestly as a Fury fan it's a win / win for me. I just want to see these…