Muhammad Waseem is set to take on Jeny Boy Boca when he competes on the highly-anticipated Amir Khan Promotions event in Pakistan.

Former world title challenger Waseem (10-1, 7 KOs) will go up against hard-hitting Boca (14-6, 12 KOs) at the Governor House in Lahore, with the show taking place on December 19.

It sees ‘The Falcon’ finally have his first ever fight in his home country, as he looks to end the year in style by closing in on another world title shot. 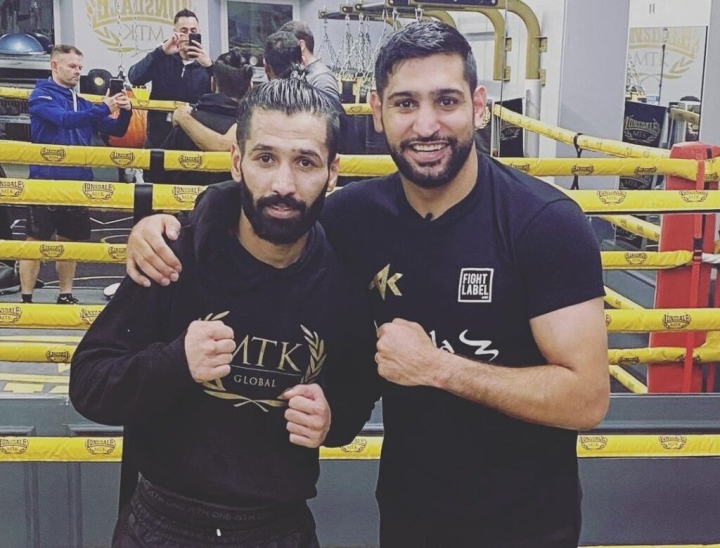 Filipino fighter Boca heads into the fight having won his last two contests over the past year, including a fourth round stoppage victory over Sarawut Thawornkham for the vacant WBA Asia flyweight title in March.

Waseem is back in action after a successful 2019, which saw him earn a first round knockout win over Conrado Tanamor, before following that up with a comfortable points victory against Ganigan Lopez.

“All paperwork has been agreed by Governor Punjab Chaudhry Muhammad Sarwar,” Amir Khan said in a statement.

He said that due to a flare-up in COVID-19 cases during the ongoing second wave of the pandemic the fight would be taking place without spectators.

“However, PTV Sports has confirmed that it’ll live telecast the event for two hours,” Khan said.

There will be safety measures in place - only boxers, media and some special guests would be attending the event.

“But they will be required to wear face masks and undergo temperature checks,” Khan said.

The 33-year-old Quetta-born Waseem, who is also known as ‘The Falcon’ is really pumped for the opportunity.

“I want to say a very big thank you to my big brother, the two-time world champion Amir Khan, who has given me the opportunity that I have been waiting for to make my debut in Pakistan,” Waseem said.