Frank Warren, the co-promoter for WBC heavyweight champion Tyson Fury, has trashed the glove-gate claims from the February rematch with Deontay Wilder.

The contest, which took place at the MGM Grand in Las Vegas, saw Fury drop Wilder twice and stop him in the seventh round.

Their first contest, which took place in December 2018, ended in a controversial twelve round split draw and saw Fury go down twice. 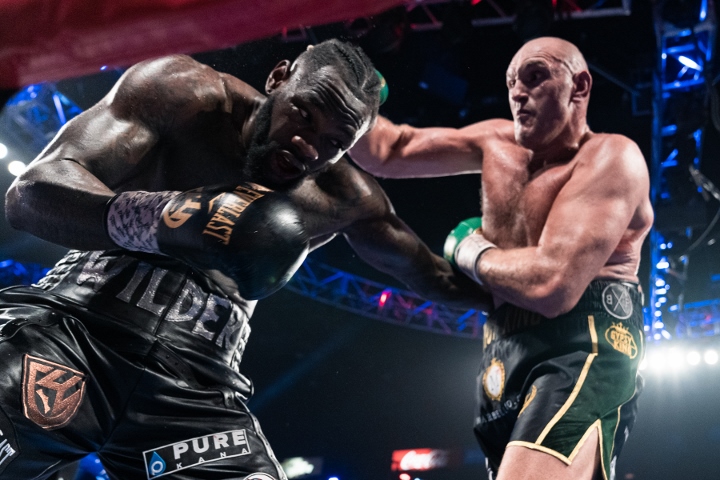 The conspiracy theorists believe Fury manipulated his gloves in the rematch, to provide himself with additional punching power - and he allegedly did so by sliding his hands to the wrist portion of the glove, in order to punch with less padding.

Neither Wilder or any member of his team have given a shred of credibility to the allegations.

Warren believes the circulating conspiracy theories are nothing more than nonsense.

"Have you ever heard such nonsense in your life? First of all the boxers wrap their hands on an agreed amount of bandage and tape between the two camps. When they wrap their hands the people who are there are obviously Tyson’s camp, his trainer and the guy who is wrapping his hands. You’ve got someone from local from the commission," Warren told BT Sport.

"So once those hands are in that glove how on earth can you move your hand? It’s impossible. It’s stupid. I don’t know what planet they are on to come up with stuff like that. I’ve seen the footage and all it is is an open glove. It’s just pathetic. The best man won on the night end of story. No excuses, nothing about costumes or whatever else. On the night the best man won."

I’ve seen a glove do exactly the same as Fury’s...Canelo’s. Oh...but he failed a drug test...I suppose that’s more proof that Fury tampered with his glove, right? Lol If Cooper things that a straight punch or a correctly thrown hook…

[QUOTE=Squared.Circle;20512576]A detached thumb somehow lends credibility to such an illogical conspiracy theory? “He probably cut the stitching on his glove, so that must mean he impossibly dislodged his hand from the glove, lowered it into the wrist area to make…

[QUOTE=SugarRaRobinson;20513371]Ur so dimwitted u can't even come up with your own material. Isn't this verbatim what Squared Circle said ? Didn't I already address this point by saying there is no distinction for Fury because he's both ? Are u…

[QUOTE=SugarRaRobinson;20513300]Do u realize how bad palm strikes are ? So bad, that if I slapped u on the side of your head with good force you may lose your hearing completely due to the compacted air violently and suddenly pressing…

[QUOTE=SugarRaRobinson;20513280]My point was that in Fury's case there is NO distinction because he's both, the total package ! Lol As far as your question is concerned, Bernard had some consistently dirty tactics. As far as Ward goes, barring the Kessler…