Warren: After Fury-Wallin, Not So Sure VAR is Needed in Boxing

VAR [Video Assistant Referee] in boxing? I’m not so sure the sport needs it.

And last weekend in Las Vegas was an example of the risks involved in using instant replays.

Tyson Fury was caught by a punch which opened up two horrific cuts around his right eye in his thrilling clash with Otto Wallin.

Referee Tony Weeks initially told each corner that the cuts were caused by an accidental clash of heads in the third round. 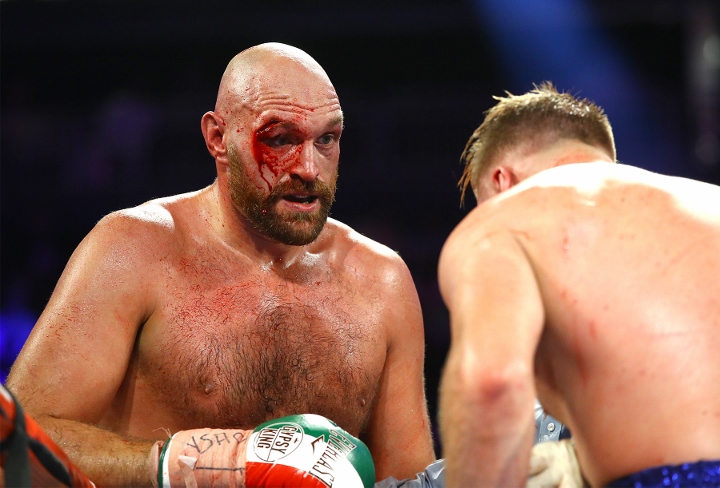 But over the next four minutes, the Nevada State Athletic Commission reviewed the tape and decided the cuts were caused by a punch.

That meant if the ringside doctor decided to stop the fight then Fury would have lost his unbeaten record and lucrative rematch with WBC champion Deontay Wilder.

But his trainer Ben Davison was not officially informed of the reviewed decision which could have caused all sorts of problems.

It was ESPN who informed Davison of the reversed decision a few rounds later.

But what if Fury, thinking it would be a technical draw, told the ringside doctor he felt the cuts were too bad to continue? The NSAC are a fine commission and one of the best in the world.

But boxing needs clear rules if it is going to introduce video replays into the sport.

We cannot have situations like the Charlie Edwards controversy recently when the decision was overturned by the WBC after he was knocked out on the ground by Julio Cesar Martinez.

But we also cannot stop bouts to review decision, the sport needs to flow.

This is not football, people are getting punched in the head in boxing and livelihoods are at stake.

Fury’s performance last week was impressive considering the damage to his right eye as he did a superb job to win the bout by a wide points margin.

It is just another box ticked on the list of abilities of the best heavyweight on the planet.

The next superstar in the division continues his rise on Friday night at the Royal Albert Hall as Daniel Dubois takes on Ebenezer Tetteh for the vacant Commonwealth title.

Dubois was this week announced the deserved winner of the 2019 Boxing Writers' Young Boxer of the Year and now will get another chance to show why he is so highly rated.

[QUOTE=1hourRun;20077811]Tony Weeks as the official has a duty to look out for the boxers: if a official sees that a boxer is not fit to continue as the referee he/she has the power to stop the fight. Tyson would of…

[QUOTE=1hourRun;20077811]Tony Weeks as the official has a duty to look out for the boxers: if a official sees that a boxer is not fit to continue as the referee he/she has the power to stop the fight. Tyson would of…

Right now I think that every well known boxing judge I’ve seen in the last ten years has done more than one awful job. Maybe I’m fussier nowadays? Maybe the longer you see boxing the more ****ty stuff you see?

[QUOTE=kafkod;20077805]So Wallin knew the cut had been caused by a punch, and the ref told Fury it had been caused an accidental foul, which could have cost Tyson the fight. Now explain to me how that means Wallin got screwed…