The Nigerian-born junior middleweight floored Stevens three times and stopped him in the third round of their nationally televised fight at Barclays Center in Brooklyn. The Brooklyn-bred Stevens got up from all three knockdowns – one apiece in the first, second and third rounds – but referee Johnny Callas halted the scheduled 10-round fight after Stevens reached his feet the third time.

The time of the stoppage was 1:28 of the third round.

The 34-year-old Stevens (30-7, 22 KOs), who began his career as a light heavyweight, fought at the 154-pound limit for the first time in his 14-year pro career and had difficulty taking punches at that weight. The 34-year-old Omotoso (28-4, 22 KOs, 1 NC) even knocked down an unsteady Stevens with a jab in the second round. 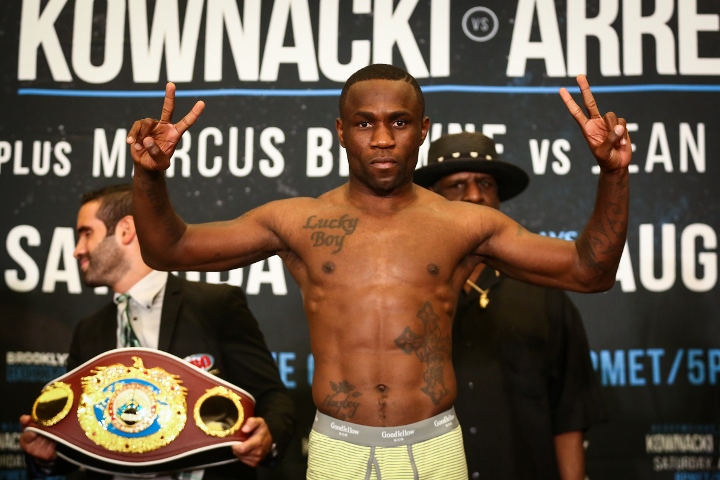 Stevens also fought for the first time in the United States since David Lemieux knocked him out cold in the third round of their middleweight fight in March 2017. He had boxed just once between these knockout defeats, in July 2018 in the Dominican Republic.

After suffering knockdowns in each of the first rounds, Stevens attacked Omotoso at the start of the third round. His vicious attack moved Omotoso into the ropes and Stevens seemed to buzz Omotoso with a left hook.

Stevens followed Omotoso to the other side of the ring, but Omotoso had recovered. He landed a straight right hand that floored Stevens for the third time in the bout.

Stevens got up from the seat of his trunks, but Callas didn’t like how he looked and stopped the fight.

Omotoso scored his second knockdown of the fight about 1:20 into the second round. His stiff jab sent Stevens to the canvas that time, a round after his right hand floored Stevens in the opening round.

Omotoso scored a knockdown when his right hand to the side of Stevens’ head sent Stevens to the canvas with about 1:15 to go in the first round.