Volkan Gokcek survived a major gut check and a scorecard controversy to escape France with his perfect record still intact.

Bechleaghem was initially declared the winner by unanimous decision in their junior welterweight scrap, which was not at all met favorably by Gokcek or home viewers watching on ESPN+. Erol Ceylan, Gokcek’s promoter demanded an explanation from the local commission as it seemed inconceivable to give Bechelaghem four of the six rounds in order to claim a victory. 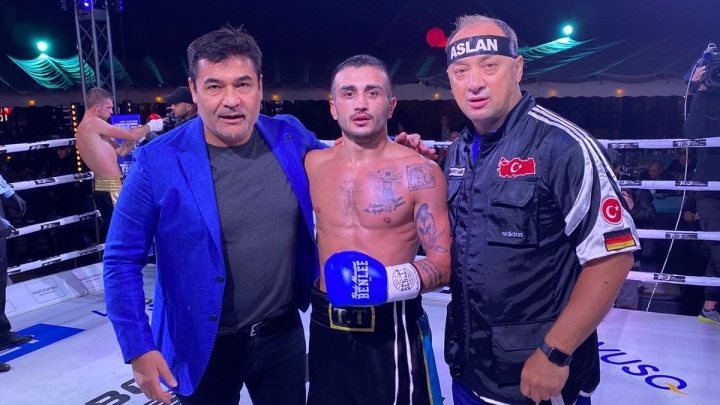 The in-ring protest proved well worth the effort, as the ring announcer revealed the correct outcome mere moments later. Bechelaghem won 59-55 on one card, overruled by matching scores of 58-56 in favor of Gokcek who is now 5-0 in an active 2020 campaign despite the ongoing coronavirus pandemic.

Gokcek landed the more substantive blows throughout the contest, though Bechelaghem never stopped coming forward or throwing punches. The most telling moments of the fight came from Gokcek, who landed a heavy left hook at the end of a high contact round two. The 24-year old Turkish junior welterweight also found success with uppercuts at close quarters.

Bechelaghem came on strong down the stretch, connecting with right hands and left hooks upstairs. Neither fighter came close to scoring a knockdown though was able to make the other feel their punches every step of the way.

The averted scare allows Gokcek (5-0, 2KOs) to maintain his perfect record in a career which began just this past January.

Bechelaghem falls to 12-12-2 (0KOs) as he is winless in his last five starts. All five bouts have come down to the wire, suffering four split decision defeats and fighting to a draw with fellow journeyman Renald Garrido in November 2018.