Villa Sees Eventual Showdown With Stevenson Down The Line

Ruben Villa wants to be known more than just a fighter who beat Shakur Stevenson twice in the amateurs.

The dreams of becoming a world champion are there and he believes he is capable of one day making that a reality.

Villa will square off against Jose Enrique Durantes tonight at La Hacienda Event Center in Midland, Texas. The 10-round bout will air live on Showtime (10:30 p.m. ET/ 7:30 p.m. PT). 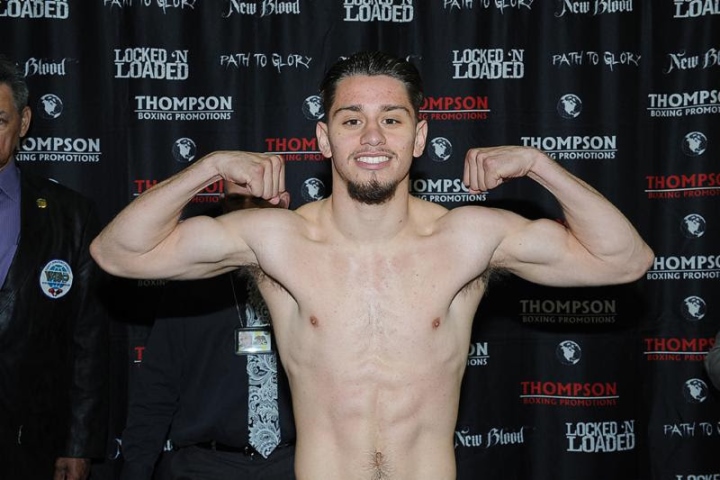 The 22-year-old Villa has had a stellar year thus far, securing two victories on ‘ShoBox,’ the popular monthly boxing series that airs on Showtime. In his last bout on May 10, Villa defeated Luis Alberto Lopez by unanimous decision in Corona, California.

Villa, who resides in Salinas, California, will face a fellow unbeaten fighter in Durantes, who is originally from Mexico and now resides in the Los Angeles suburb of Montebello. Villa is not overlooking Durantes.

“I just have to be smart, while being more aggressive with my jab,” Villa told BoxingScene over the phone earlier this week. “He comes to fight and is unbeaten. I just have to make the necessary adjustments to win this fight. If I have to.”

“I’ve actually sparred him at the beginning of the year. He has a basic style and he’s aggressive. I have to just be sharp, slip and counter to win. I’ll be ready to adjust in the ring.”

Villa and Stevenson are former amateur standouts but have followed each other’s paths on social media. It is not uncommon for each to congratulate the other after a victory.

Stevenson is scheduled to fight Joet Gonzalez for the vacant WBO featherweight title, and while a world title shot against the fellow southpaw fighter is intriguing, Villa wishes the best for Stevenson.

“We came up together in the amateurs together and we support one another,” said Villa, who is trained by Sam Garcia and managed by Danny Zamora. “I’m on a journey to win a world title belt, but I do see me on a course to fight Shakur Stevenson in the future. I’m on the right path. I wish him the best in his fight.”

Villa, who is co-promoted by Thompson Boxing and Banner Promotions, has appreciated the opportunities given to him in recent fights. Whether it is fighting before a hometown crowd in Salinas or appearing on a ‘ShoBox’ telecast, Villa has fulfilled his end on performing well in the ring.

Villa also his thankful those opportunities have provided a better life for his family.

“The career I started at five years old is paying off. I’m thankful for what boxing has done for my family. I don’t take it for granted. It has taken care of me financially for my parents and my sisters. I’m going to continue to work hard and be successful.”

“I want to fulfill my dream of becoming a world champion.”