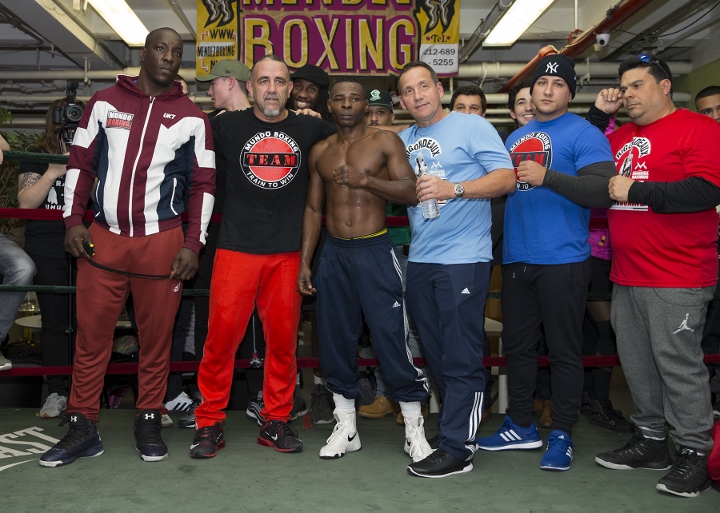 Lomachenko, who won gold in the 2008 and 2012 Olympics, has rocketed to the top of his weight class since turning pro in 2013, winning nine world championship fights in his first 11 contests.

Lomachenko lost his second pro fight to veteran Orlando Salido but then won a world title in his next bout by beating Gary Russell. He became a two division champion by moving up in weight in just his seventh fight to beat Roman Martinez.

A product of Cuba's storied amateur program, Rigondeaux won more than 450 amateur fights and is a two-time Olympic champion, having won gold in 2000 and 2004.

He hurt his hand grabbing Loma's head. You can see him holding and hitting and when the ref stepped in and pushed them apart, his wrist was still wrapped around Loma's neck.

NO excuses from My part ... rigo quit . Loma beat him I called for rigo ko but instead it was a humillating defeat . Hope rigo is well , will always be my fighter. He gave me many victories,…

Rigo came out with the wrong gameplan and paid the price. he needed to establish his jab instead of trying to fight like some drunken master. Loma is no regular boxer. just pure arrogance by Rigo to try those tactics.…