Barclays Center, Brooklyn - In a WBA heavyweight eliminator, Robert Helenius (30-3, 19 KOs) pulled off a shocker when he knocked out undefeated, highly ranked Adam Kownacki (20-1, 15 KOs) in the fourth round.

Kownacki came out aggressive, taking the fight to Helenius. They were trading away with hard shots in the second, and Kownacki was taking some heavy blows - but came back firing to back Helenius off. Helenius starting to dig hard hooks to the body.

Kownacki controlled the action in the third, just throwing a lot of punches and fighting through the counters of Helenius.

In the fourth, Helenius landed a very hard combination that dropped Kownacki down hard but it was ruled off as a slip. A moment later Helenius dropped Kownacki again with several big shots. This time it counted and Kownacki got up in serious trouble, and then he was battered with punches until the contest was stopped. 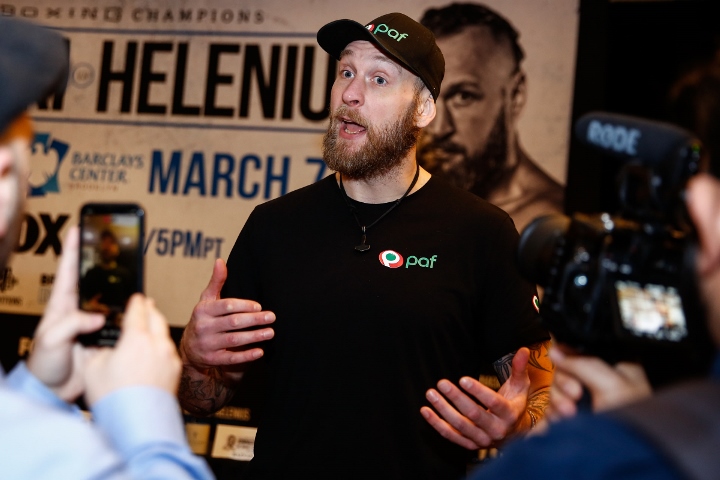