The Big Drama Show is back! In his much-anticipated DAZN debut, live from the Mecca of Boxing and in front of an electric crowd of 12,357 fans, pound-for-pound Kazakh superstar Gennadiy “GGG” Golovkin (39-1-1, 35 KOs) once again proved he’s a force to be reckoned with as he returned to the ring and knocked out undefeated Toronto native Steve Rolls (19-1, 10 KOs) with a devastating left hook to the chin in Round 4 on Saturday night.

This victory paves the way for what fans – and GGG himself – hope to be an epic trilogy showdown against middleweight king Canelo Alvarez in September. 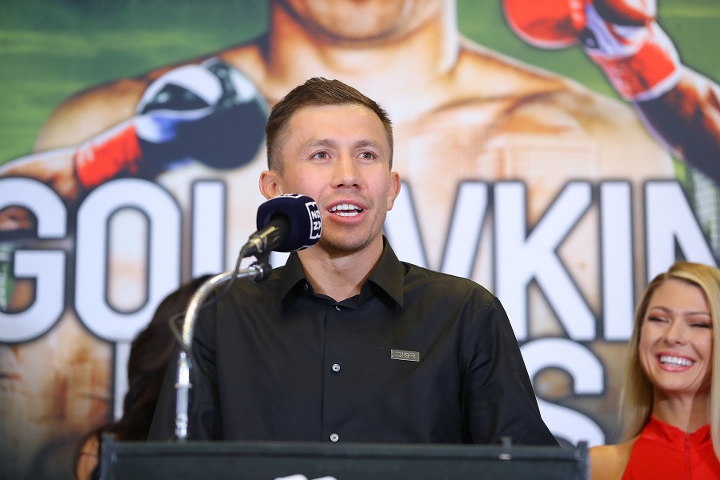 Earlier in the evening, Ali Akhmedov (15-0, 11 KOs), of Almaty, Kazakhstan, kept his undefeated streak alive with a dominant performance that ended in a TKO in Round 3 against New Orleans native Marcus McDaniel (15-1, 2 KOs) – making Akhmedov the new WBC International Super Middleweight Champion. And, unbeaten rising star Brian Ceballo (9-0, 4 KOs) of Brooklyn battled Bahktiyar Eyubov (14-1-1, 12 KOs), originally from Kazakhstan, now fighting out of Houston, in an 8-round slugfest that ultimately earned Ceballo a well-earned victory by unanimous decision.