In his second defense and first world title fight abroad, Murata took several punishing blows from Brant over 12 rounds at the Park Theater, losing to his speedier opponent who entered as the WBA's No. 3 contender. 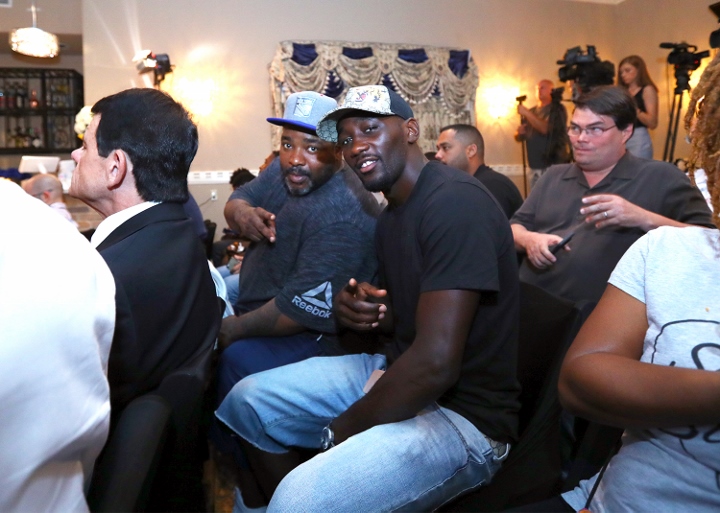 In April, Murata made his first title defense in Yokohama where he beat former European middleweight champion Emanuele Blandamura by technical knockout in the eighth round.

He claimed the title last October after a rematch against France's Hassan N'Dam N'Jikam, whose previous decision over Murata was called into question due to controversial scoring.

[QUOTE=mdelacru;19212624]Why is his bark always louder when they are on the other side of the street? Alvarado next? Lol.[/QUOTE] Lets not make believe the offer wasn't made, if Spence wants it he can be next.

McIntyre listens and answers honestly and directly. A lot of guys talk about keeping it real and carry on with BS, nonsense that amounts to nothing. Or worse, they're asked a question and instead of answering the say, "well, what…

Why is his bark always louder when they are on the other side of the street? Alvarado next? Lol.

Crawford thirsty for that pacquiao money.