The WWE have been shooting angles between Fury and Strowman since last Friday.

Following a highly publicized confrontation with Strowman on the FOX premiere of Friday Night Smack Down, the always unpredictable Fury was offered an open mic during an appearance on Monday Night Raw. 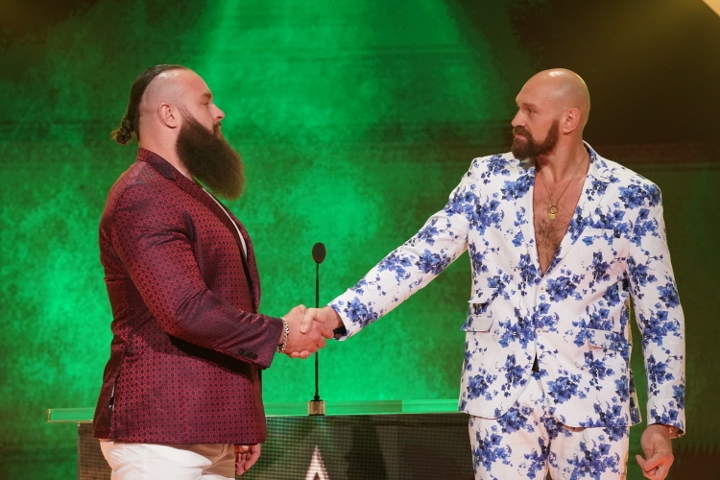 However, Fury’s demands for an apology quickly led to fighting words with Strowman. After a scripted war of words, the two engaged in a brawl - as a sea of security guards and WWE wrestlers made attempts to pull them apart.