Sam's Town Hotel & Gambling Hall, Las Vegas, NV - In the main event of the evening former title challenger Ashley Theophane (40-7-1) got back in the win column with an unanimous decision victory over rugged veteran Yakubu Amidu (19-9-2) in their welterweight tilt. The final scores were 96-94, 97-93 and 100-90.

Theophane started out strong, out boxing Amidu the first two rounds but Amidu came back with a good third round. Theophane went back to boxing to control the fourth. Sticking and moving continues to be the name of the game in the fifth.

Amidu would follow Theophane around in the sixth and had more success by throwing to the body but Theophane still did the better work. The seventh and eighth were more of the same. The skill level difference was evident from the first bell. Amidu had moments in the ninth but like almost all the other rounds, he couldn't put enough offense together. 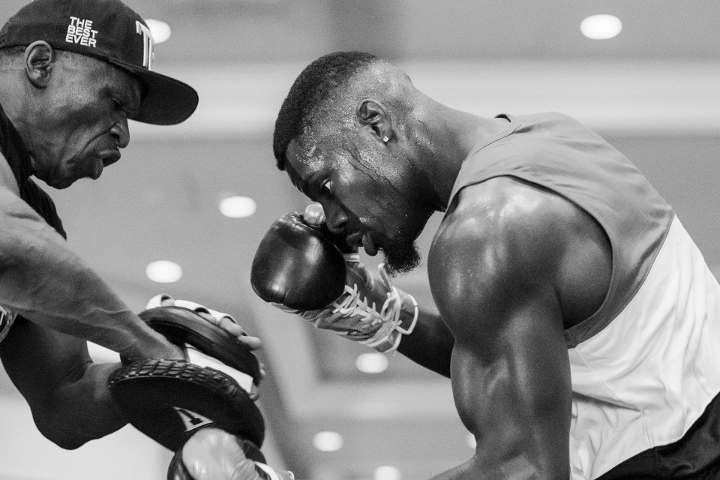 Even though he was down big on the cards, Amidu didn't fight with a sense of urgency in the 10th and final round. Theophane put his foot on the gas to put another round in the bank and position himself for a bigger fight.

In an exciting fight that unfortunately wasn't televised, unbeaten welterweight Maurice Lee (7-1) was upset by a very game Cameron Krael (9-12-2). The final tallies were 58-56 and 59-55 twice.