Video: Adrien Broner Showing Off His Power Shots in Camp

In this Spike original special, "Chasing Billions" follows boxing superstar and super lightweight world champion Adrien Broner along with top contender and Floyd Mayweather protege, Ashley Theophane, as they prepare for their highly anticipated showdown on Friday, April 1 from the D.C. Armory in Washington D.C. Spike's coverage of the PBC will go on as planned next Friday night at 9:00pm ET/PT.

The special will delve into the escalating tension emanating from the rivalry between the outspoken and engaging Broner and the legendary boxing icon Mayweather.

Over the years, this complicated relationship has run the gamut from respectful to overtly contentious. While Mayweather may see this as a fight between mentee, Theophane, against Broner - the hard-hitting Broner emphatically has stated that "I'm not fighting Theophane, I'm fighting Floyd!"

The rivals and their respective entourages come face-to-face in a heated and colorful press conference that showcases the simmering tension between both camps. The storyline plays throughout the show as viewers see how Broner has emulated the legendary Mayweather in and out of the ring to become a world champion and his own successful brand. 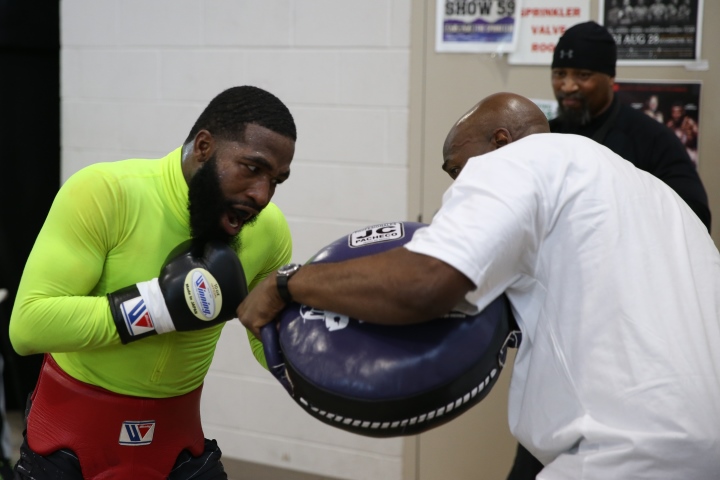 With full access to both the Broner and Theophane camps and exclusive interviews, "Chasing Billions" will provide an inside look that is must-see TV for any boxing fan.

News of the day is "Adrien Broner showing off his power shots outside of local Brunswick".

Why does he always scream every time he punches? Is this normal??? He does it in his fights as well.

[QUOTE=Golovkin;16560661]Broner rocks! He has encouraged me to be strong when losing bets and stand my ground and actually fight the person who I owe money to.[/QUOTE] Don't you owe Stax On Deck a sig bet?

Broner rocks! He has encouraged me to be strong when losing bets and stand my ground and actually fight the person who I owe money to.