Golden Boy Promotions is stacking on to its stable of prospects.

Morales Jr. is a 21-year-old fighter who is a Vancouver, Washington native fighting out of Portland. He amassed a 118-12 amateur record before turning pro in 2016. Nicknamed “El Tornado,” he sports an unblemished record of 11 wins, no losses and seven knockouts as a professional. 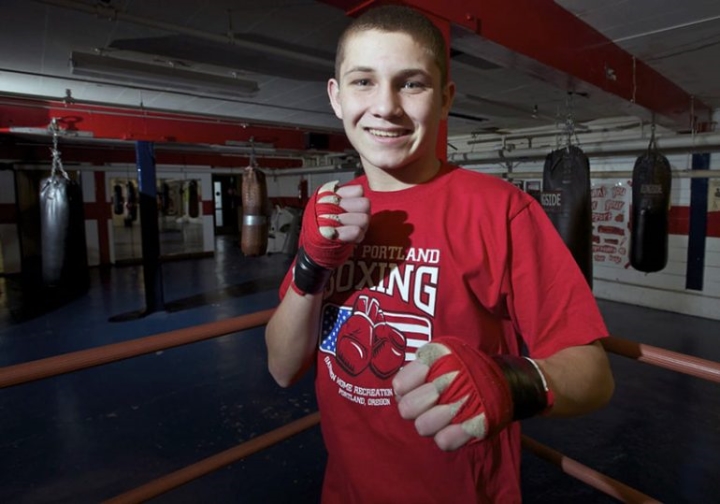 He is trained by his father Victor Morales Sr., who’s helped his son stop his last five opponents.

“We’re happy to be signing this new talent to the Golden Boy stable,” Eric Gomez, president of Golden Boy, told Boxing Scene. “Victor Morales Jr. has an impressive amateur resume, which we know will help him develop into an exceptional talent in the stacked 130-pound division.”

“This is a dream come true, I’m thrilled to be a part of the Golden Boy Family. It’s been a long journey and now the real work begins,” said Morales Jr.

Morales Jr. will be fighting for the third time this year on Aug. 24 in Oregon. He’s been training at Freddie Roach’s Wild Card Gym in Los Angeles and sparring with the likes of British boxer Jordan Gill.

Golden Boy plans to ramp up Morales Jr.’s maturation shortly after his fight next week by scheduling another bout soon after.

[QUOTE=Boxing Hero;19988302]Golden Boy is going to do great things for this kid.[/QUOTE] It seems they plan to make him a paper champion. Viewing the list of chumps that have been his opponents, it's clear that he hasn't had a real…

Golden Boy is going to do great things for this kid.

Very good signing by Golden Boy. This kid was good in the amateurs!