Puerto Rican lightweight contender Felix "El Diamante" Verdejo is very motivated to fight again before the year is over.

After his impressive victory this past Thursday, Verdejo is hoping to get a bigger opportunity in his next fight - and if a world title opportunity appears, he will not think twice about accepting it. 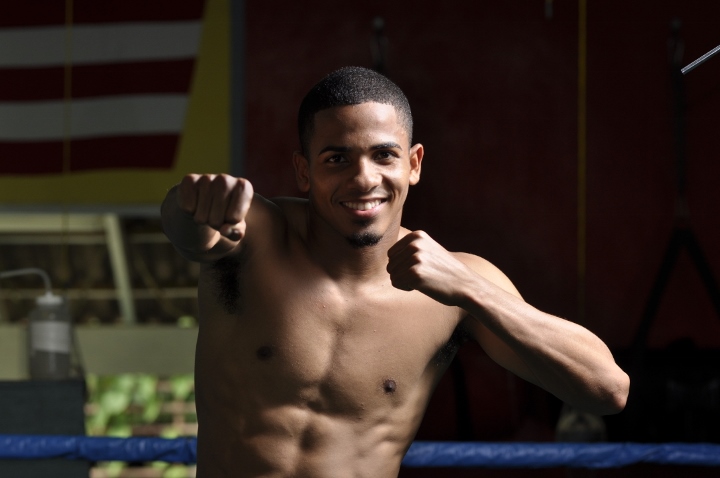 Verdejo scored a quick first-round knockout victory over undefeated Will Madera on Thursday in the main event of a card presented by Top Rank at the MGM Grand Grand Conference in Las Vegas, Nevada.

"If that opportunity appears, I'm going to grab it. I would like to fight for a world title this year or if not then next year,” Verdejo said to Jorge Ayala.

With a good demonstration, the former Olympian boxer dispelled any doubts about the future of his career, which has suffered ups and downs particularly outside of the ring.

It is the fourth straight win for the boxer, who raised his record to 27-1 with 17 KO's.

This was the second presentation of Verdejo under the tutelage of veteran trainer Ismael Salas. The Cuban coach joined Verdejo's corner in November of last year.

The boxer has kept training in Las Vegas since his last fight, which was held earlier this year.

“I showed that Felix will be around for a while. They could see the work was done. I wanted it to be a fight with a forceful outcome. It was not in the hands of the judges. It was in my hands. It went better than that it could have. For me, I will take a week off and then I will return to train. I hope before the end of the year to fight again," said Verdejo, who will return to Puerto Rico to spend time with family.

[QUOTE=KnickTillDeaTh;20666778]The problem is Verdejo is no longer a prospect. He was top notch, and ready for a title before he started partying and lost focus. Now that he is refocused, in a new gym and vastly improved we shouldn't be…

[QUOTE=Ricardi;20665810]I agree with pretty much everything you said except him being ready for top 10 most I think would beat him . He can probably beat 1 or 2 of them . That's why I rather him take his time…

He needs to fight a top 10 first, them go to a title fight.

Like others here have said, Verdejo needs to just take his time. This win doesn't particularly suggest he'll be ready for a title shot anytime soon.

[QUOTE=KnickTillDeaTh;20665751]I disagree, I think he's ready for top 10, maybe not top 3. Even though his last opponent was mediocre it's the eye test that I'm focusing on. His punches were tighter, sharper and snappy. Speed was above average, and…