Verdejo Wants To Fight in September While Flanagan Recovers

The injured World Boxing Organization (WBO) lightweight champion, Terry Flanagan, will be recovering from an injury for at least four to six weeks, so Felix "El Diamante" Verdejo looks to stay busy by having a fight in September.

The champion's representatives have presented to the WBO some medical documentation showing that Flanagan injured his left hamstring, in addition to suffering a mild injury to his left foot. His lower back also causes discomfort, so his doctor ordered an MRI of the lower back to diagnose the condition.

The medical report predicts that the British will require a minimum of four to six weeks of rest before returning to the gym to train. This means that he will not be able to defend his crown for at least two and a half months. 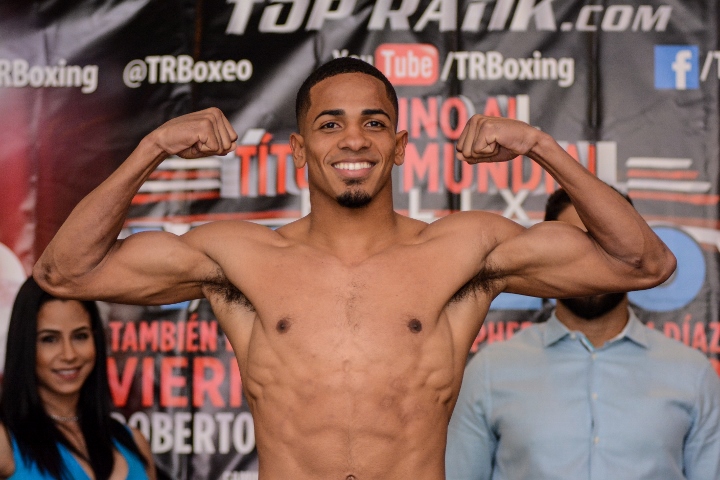 However, WBO President Francisco "Paco" Valcárcel indicates that the medical documentation was incomplete and he will not make a decision on whether to approve an interim title fight until Flanagan's group submits additional documentation on the outcome of the MRI and an updated estimate on his recovery time.

"With the letter that they sent us, we can not make the decision. We need more information," said Paco to Jose Sanchez.

Verdejo's team spoke to Top Rank and requested to return to the ring in September, either in an interim title fight or in a stay busy bout.

"I spoke to Carl (Moretti, Vice President of Top Rank), who was the one who informed me that Flanagan would be out for six weeks, that I would like to make a fight in September. We still have to wait and see what the WBO decides. What I want is to fight (in September)," said Ricky Marquez, trainer and manager of the fighter.

"Everything is still preliminary. Carl informed me that he saw the letter they sent, but we did not discuss anything about the fight (in September). "

This was confirmed by Moretti himself in a separate interview with Sanchez.

"I want [Verdejo] to fight in September, because as the itinerary shows, Warren will not be able to mount the fight (Flanagan-Verdejo) until at least December. And that's too long for Felix to be inactive," Moretti said. "We're going to work on that in the next few days."

[QUOTE=Lords;17899560]Clearly boxing isn't your sport, go watch tennis and analyze that.[/QUOTE] Actually it is, just cuz you dont agree with me doesnt mean I dont know my sport. Linares, Mikey and Easter beat this clown easy. Nothing he has shown…

[QUOTE=jonnyc420;17890217]Felix is way overhyped very doubtful anyone is ducking that clown. Injuries happen besides if he beats Flannagan he gets wrecked by any other champ at LW.[/QUOTE] Clearly boxing isn't your sport, go watch tennis and analyze that.

Verdejo was doing fine until the motorcycle accident. His current trainer is a perfect fit for him. Verdejo is the one who must be disciplined. Don't blame his trainer. Blame Verdejo.

Keeping my fingers crossed that it will all click for Verdejo at some point and he will become the fighter he has the potential to be. Think he may need that step up in class to truly bring that out…

This kid was doing great until the Media & hype filled his head with smoke! Some imbeciles went as far as comparing him and calling him the next Tito Trinidad! What a joke!