Verdejo's Move To Break Away From Trainer/Manager Confirmed

BoxingScene.com reported last week that there were rumors in Puerto Rico that lightweight contender Félix Verdejo was attempting to break away from Ricky Márquez, the boxer's longtime trainer and manager.

That move has now been confirmed with the boxer filing a legal document which claims that the terms of the contract they signed "are abusive and contrary to law."

El Nuevo Dia obtained the legal document, which was filed on August 13 in the Carolina Court by Mr. Felix A. Colón-Serrano. Verdejo is looking to have the agreement voided, claiming that it violates certain laws within the country. And Verdejo also claims that he signed it under deceptive scenarios, because he alleges that he was never given the ability to consult with a lawyer. 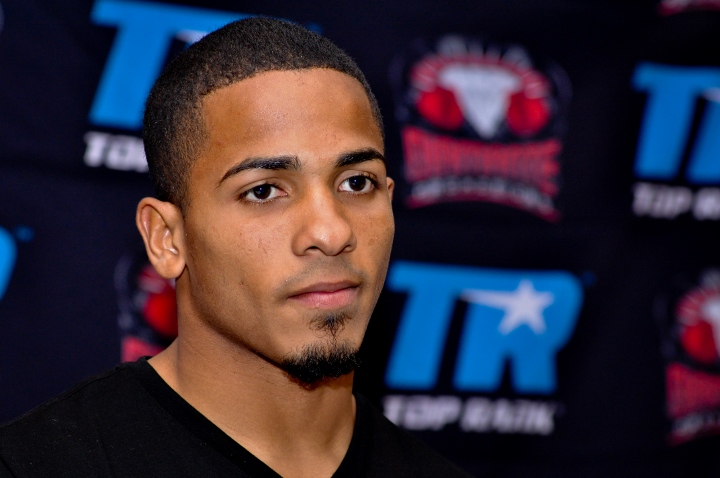 According to the legal documents, Verdejo first signed a contract with the founder of Diamante Promotions on August 16, 2012, when the former Olympian was a minor. That agreement was also signed by the athlete's parents, because of the issue of age.

On February 25, 2015, when Verdejo had already reached a proper age, the parties signed a modified contract.

The lawsuit claims that "the term of the management contract and the extensions contained therein are abusive and contrary to law." He adds that "they exceed any degree of reasonableness and the maximum term allowed under the Regulations of the Professional Boxing Commission of Puerto Rico."

In particular, he objects that the contract has a base term of four years, with certain automatic extensions that add an additional 12 years for a 16-year contractual term, which he argues is a term greater than the duration of a normal boxing career.

He also indicates the contract contains a clause with permanent extensions for all his title defenses that go above those 16 years.

It is noted that the parties met to try to reach a new agreement, which was never reached, so the boxer decided to go to court.

Speaking to El Nuevo Día, Márquez acknowledged at being surprised with this move and said he still has no lawyer.

“I don't want to talk much about it. I do not understand what is happening,” said the manager who declined to offer further comments.

Meanwhile, a spokesman for Top Rank said the company cannot get involved in this dispute and said the relationship with Verdejo has not been affected.

Before signing as a professional, Verdejo had an outstanding career as an amateur. In fact, he was present at the 2012 London Olympics, where he reached the quarterfinals after being defeated by Vasiliy Lomachenko.

In October of that same year, he decided to jump into the pro ranks and signed a contract - which he still maintains - with Top Rank. He currently has 25 wins and one loss, with 16 knockouts.

Shouldn't be hard I am sure they are aware he is trash and never gonna be a star. Called him long before his loss nothing more than a hype job.

If Lopez doesn't want the commey fight they should make Commey-Verdejo instead!