Uzcategui: After I KO Thompson - I Want Caleb Plant Rematch

Uzcategui will collide with Mayweather Promotions' boxer Lionell Thompson at the State Farm Arena in Atlanta as part of a Premier Boxing Champions event. 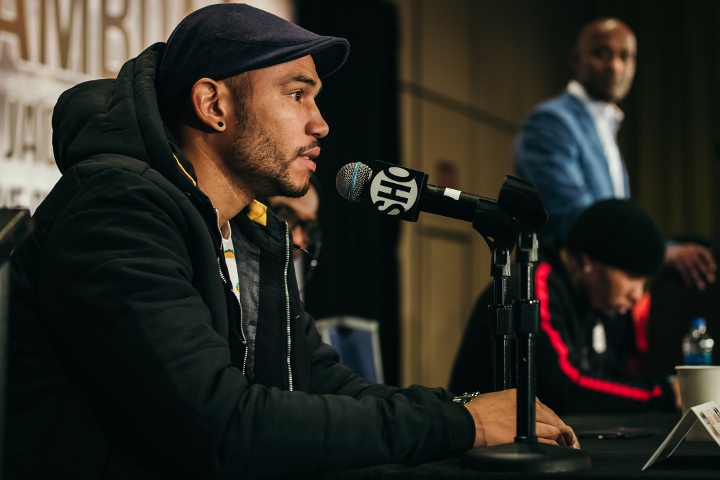 Uzcategui lost his IBF title to current champion Caleb Plant in January. Uzcategui went down twice in the fight and lost a twelve round unanimous decision.

He wants to get his hands on Plant in the rematch. Plant will make a homecoming defense in February, against German top contender Vincent Feigenbutz.

“I’m grateful to be back in this position and I promise the crowd won’t be disappointed. I’m going to be around for a long time and I’m going to get my world title back," Uzcategui said.

“I don’t talk much, but since he says I only have power, we’ll see on Saturday. Don’t talk today and then run around the ring.

“After I knock out Lionell Thompson, we’ll see what Caleb Plant has to say after that. I hope he will stand and fight. The only reason Plant is champion is because I messed up.

“When I’m at my best, I’m the best super middleweight on the planet. Everyone will see on Saturday.”

[QUOTE=budfr;20285876]Uzcategui felt sorry for Plant. In a rematch, Uzca would win. Plant is also afraid of Benavidez....[/QUOTE] Felt sorry for exactly what? Lol. Uzcategui vs Benavidez would be a lot of fun.

Uzcategui felt sorry for Plant. In a rematch, Uzca would win. Plant is also afraid of Benavidez....

The sweetest 3 fight parlay I could think of is watching Uzcategui, Pascal and Gamboa bring it all in on a maywether promotion card. Not all that farfetched..

[QUOTE=M Bison;20283033]Why is Plant not being lined up for one of the many high ranking Brits in the division?[/QUOTE] Plant is fighting the highest ranked contender for his IBF belt. I don't see too many Brits in those rankings.

Why is Plant not being lined up for one of the many high ranking Brits in the division?