U.S. Squad Told Their Place at Olympic Qualifiers is Safe

Billy Walsh, the USA National head coach, says he is confident that all boxers selected for the Olympic qualifiers will remain amateur after being told they will not have to go through another set of trials for the delayed Olympic Games.

The team of eight men and five women should have been competing for places at the Tokyo Games in Buenos Aires this month. But first the qualifying event and then the Olympics themselves were postponed because of the spread of the COVID-19 pandemic.

Keyshawn Davis, the 21-year-old lightweight who won a silver medal at last year’s World Championships was one of the team that was wobbling on the prospect of a year delay to a professional career, but Davis and the rest now seem onboard after being told that the place in the squad – secured through a series of trials and box-offs – was theirs to keep.

“We made the decision that we were going to support the team who earned their spot,” Walsh said.

“We decided that this was the 2020 Olympic qualifying team, but if the Olympics were going to be in 2021 they are still going to be there.

“Their fear was that they were going to have to go back to the trials again. So some of them were thinking they might as well go pro, cash in on having been selected. We decided to fund them and let them know that they were the team, unless they fall off the radar completely or misbehave and do something stupid.

“As long as they continue with the efforts they have, we’ll support them.” 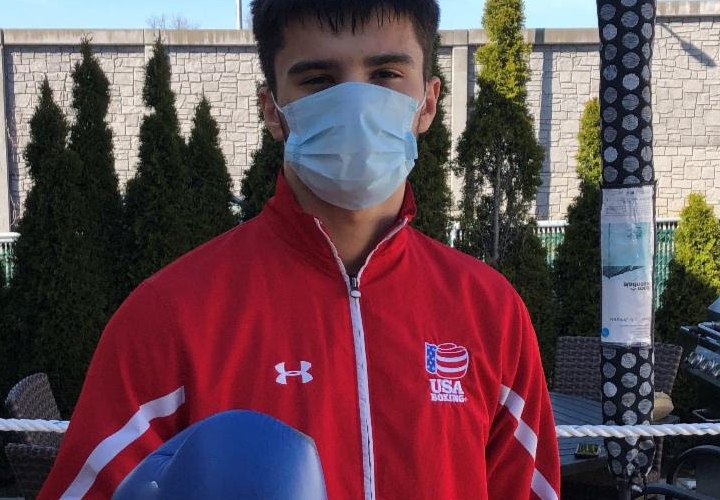 With professional boxers not earning at the moment, the squad members also were given added security by being told they would continue to be funded during the delay.

“Obviously, when you get guys who are 19 or 20, a year seems an awfully long time,” Walsh said.

“Hopefully the qualifier will be on before Christmas and when you look at professional boxing, how much is going to happen between now and then?

“Before the Olympics, you have had, maybe two fights and someone else will be taking your place going to the Olympic Games, a place you have earned. Are you just going walk away from that?

“In the end it is their decision. I am trying to give them best advice that will help you one your road to being a world champion as a professional. You will sign a better deal after coming out of the Olympic Games with a medal.

“Look at Lomachenko. After one fight he is fighting for a world title, looking at someone closer, Shakur Stevenson, who fights for a world title after 12 fights. If he hadn’t been a silver medallist, or Lomachenko hadn’t won a gold medal, they would have had to have fought 20 times to get their chance.

“They already had a built-up reputation, so when they are signing a contract, they are getting another couple of zeroes on it from being an Olympic medallist.

“This is the pathway to launch a professional career. If you go pro now, they are going to get you at a cheap price, which they might regret later.”

For now, all is quiet at the USA Boxing headquarters in Colorado Springs. The Argentine Government pulled the plug on the qualifier in early March, but with things unclear about what would happen, the boxers initially remained in training.

“We were ready to go,” Walsh said. “We had a week or two left to go in our camp.

“We were heading into our tapering phase. We kept it all on hold to see what would happen and kept the athletes here for a while. We felt we were in the best place at the training centre, in a bit of a bubble where no one could come in or out.

“Eventually the training centre was closed down and we decided to let the guys go home to their families. Because they were almost at a peak, they needed some downtime.

“We’ve had conversations with them all. We’ve kept them informed. We have had meetings with them on the phone every week. We gave them the two weeks off and they are back training on their programmes at home now. We are just waiting on official word about when things can start again.”

If this is the case, then the USA team is going to be ready to tackle the Tokyo Olympics in now 2021. I hope this Corona Virus issue don't change their minds, cause of money issue we are in during…

[img]https://i.imgur.com/maPG8kE.gif[/img] The United States of America is going to dominate the Tokoyo Olympics, I feel it.