Unimpressed Stephen Fulton: I'm A Huge Step Up For Khegai

The confident champion from Philadelphia predicted he’ll be entirely too much for the unbeaten Ukrainian when they square off in a 12-round, 122-pound title fight Showtime will air as the opener of a tripleheader from Barclays Center in Brooklyn. 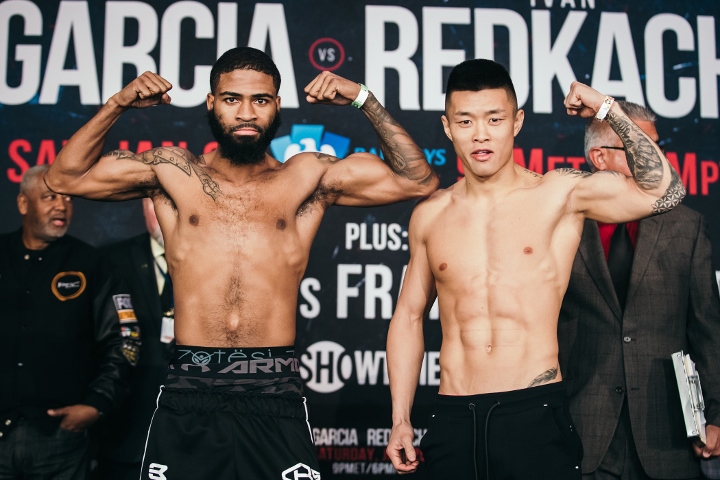 The 25-year-old Fulton (17-0, 8 KOs) abruptly ended his last fight when he snuck a perfectly placed left hook to the body around Isaac Avelar’s guard. That shot sent Avelar to his gloves and knees, and it ended a fight FS1 televised August 24 from Bert Ogden Arena in Edinburg, Texas, at 1:26 of the sixth round.

Mexico’s Avelar (16-1, 10 KOs) was the sixth unbeaten opponent Fulton has defeated since he turned pro in October 2014. The 27-year-old Khegai (16-0-1, 10 KOs) has defeated veterans Adam Lopez, Jorge Diaz and Vladimir Tikhonov in fights that have aired as part of Showtime’s “ShoBox: The New Generation” series since May 2018.

Khegai is 1-0-1 against undefeated foes. He knocked out Valery Tretyakov (then 11-0) in the 10th round of their November 2017 bout in Moscow, but Khegai settled for an eight-round split draw with Yerzhan Zalilov (then 4-0) in April 2016, also in Moscow.

Khegai’s handlers still are certain their fighter will be the most difficult opponent of the skillful Fulton’s career when they square off for Fulton’s IBO super bantamweight championship. They also sense Fulton is underestimating the aggressive, rugged Khegai.

“I don’t mind when fighters are confident, but he has like a dismissive confidence to him,” said Dmitriy Salita, Khegai’s promoter. “He really hasn’t accomplished enough yet as a fighter to have that type of attitude. But what matters is what happens when you show up in the ring, whether you can walk the walk like you talk the talk.

“Arnold didn’t say a lot of words, but he’s confident. He knows what this fight means for his career. He knows who he is in with. I think that if Arnold executes the game plan, he’s gonna come out victorious. I also think this is the best and most evenly matched fight on the card.”

I hope it's a good fight. I like both guys but Fulton does seem borderline overconfident with his comments. Khegai is strong and a solid fighter with good basic skills but he doesn't seem to carry alot of power. I've…

It's exactly that kind of dismissive attitude that I'm hoping Fulton will bring into the ring. If that's the case, Khegai might very well beat him up (and win me some money while we're at it). For some reason, this…