There are several story lines attached to the recently announced clash between Elvis 'Semental' Garcia and Sahret 'The Hammer' Delgado. The best one is the part about two unbeaten heavyweight prospects willing to meet at the crossroads.

Mexico's Garcia and Puerto Rico's Delgado will collide in eight-round clash between a pair of former amateur standouts and current heavyweight hopefuls. The bout was the most recent addition to Michelle 'Raging Babe' Rosado's 'Philly Special' card, which airs live on Impact Network from the 2300 Arena in South Philadelphia. 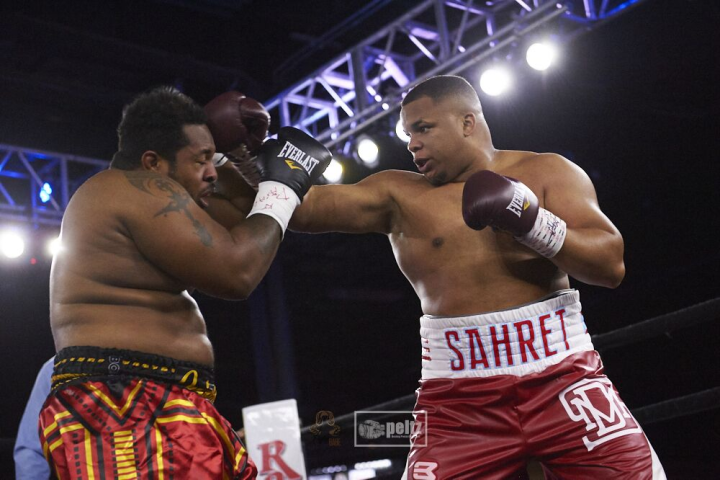 "Prior to this training camp, Elvis worked as one of Anthony Joshua’s chief sparring partners for the Andy Ruiz rematch and Delgado has a great corner behind him, lead by coach Chino Rivas, who also trains Stevie Ortiz and Tevin Farmer."

Garcia (8-0, 5KOs)—who now lives and trains in Indio, California and under the tutelage of Joel Diaz—comes in with a decorated amateur background. The 30-year old heavyweight was born in Nayarit, Mexico and moved to the United States at the age of four, boasting dual citizenship and strong in-ring credentials on both sides of the border. An amateur record of 85-10 includes top honors in the Washington State Golden Gloves tournament, the Mexico National Championships and twice in the Mexico Golden Gloves before turning pro in 2017.

In his most recent start, Garcia claimed a six-round decision over Hugo Trujillo last July. He's become far better known, however, for helping England's Anthony Joshua get ready for his revenge-fueled rematch win over Andy Ruiz. Garcia was dubbed "the secret weapon sparring partner" for the Brit, who avenged his lone career defeat with a 12-round decision last December to reclaim his slew of heavyweight belts.

Delgado (8-0, 7KOs) comes with more familiarity to the local scene, having fought in this very venue in his most recent start. It marked the lone distance fight of his young career, as Delgado—a 25-year old slugger from Berlin, New Jersey by way of Humacao, Puerto Rico—scored a four-round decision over Joel Caudle last October, as part of a show dedicated to celebrating the 50th anniversary of Hall of Fame matchmaker and promoter J Russell Peltz's involvement in the sport.

The fight was also the first in more than three years for Delgado, a former member of Puerto Rico's national amateur team and who—like Ortiz—trains under the watchful eye of Chino Rivas, whose stable also includes former junior lightweight titlists Tevin Farmer and Jason Sosa.