The presidential election for the International Boxing Association (AIBA) has finally got the candidate widely expected to take the reform agenda forward. Umar Kremlev, Vice President of the European Boxing Confederation (EUBC) and AIBA Executive Committee member, announced his candidacy at an online press conference today. He called for unity and reforms in AIBA, the sports body that represents amateur boxing worldwide.

Kremlev presented his manifesto, with plans to pay off the millions of dollars in debt accumulated by AIBA under previous administrations.

“I will ensure that AIBA will no longer be burdened by debt. Boxing is one of the most popular sports in the world and many companies are interested in sponsoring it. The television rights to AIBA events are hugely attractive to broadcasters. Within one or two years, AIBA will attract $50 million in sponsorship. All this money will go towards the development of AIBA,” Kremlev told the international media. 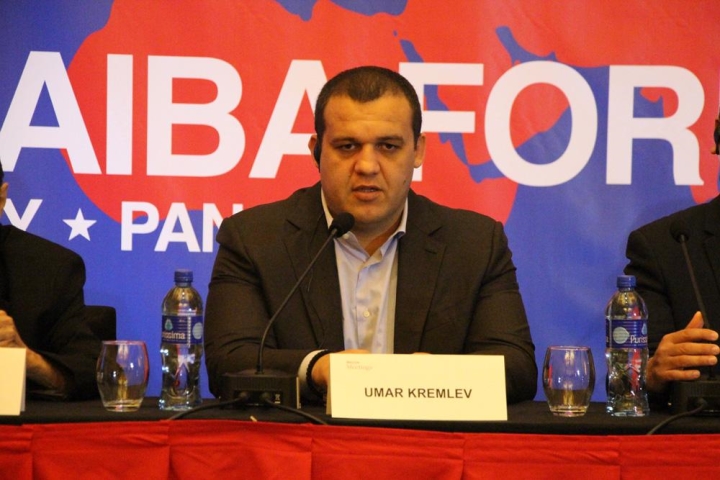 He laid out plans to provide annual funding of $2 million to AIBA’s national federations, and to set up boxing academies on each continent to train athletes, coaches, referees and judges.

Kremlev has made it his mission to develop boxing around the globe. Throughout his leadership of the Russian Boxing Federation, he participated actively in the organization of various international boxing tournaments, including the 2019 AIBA Men’s and Women’s World Championships, which was hosted by the cities of Ekaterinburg and Ulan-Ude in Russia.

In the summer of 2017, Russia held its Boxing Day for the first time, an initiative spearheaded by Kremlev. On February 8th, 2019, following a decision by AIBA’s Executive Committee, Boxing Day was declared an international holiday and is now celebrated across all continents.

Kremlev also launched the first Global Boxing Forum, which was first convened in early February 2018 in Sochi, Russia. It soon became a platform for an open dialogue between representatives of the world boxing community from more than 130 countries as well as heads of leading boxing organizations, athletes, Olympic champions, world champions and promoters.

Kremlev is confident he can chart a clear path for AIBA to be reinstated by the International Olympic Committee (IOC) in time for the Paris Olympics in 2024.

“AIBA is an independent sports organization. I will bring in transparency to our operations, not only for the IOC, but also to set a precedent for all international sports bodies. We have to be clean before everyone else,” said Kremlev.

The election is scheduled for AIBA’s next congress on December 12-13, which will be held virtually due to the ongoing pandemic.

Support for Kremlev’s candidature has grown in the past few weeks, with national federations calling for him to stand as they see his leadership qualities as necessary for AIBA at this crucial junction in its history.