Tommy Fury, the younger brother of Tyson Fury, has signed a promotional deal with Frank Warren and will make his professional bow on the undercard of Josh Warrington’s world title defence against Carl Frampton in Manchester on December 22nd.

At 19-years-old, Tommy is the youngest out of the fighting Fury family.

With older brother Tyson already having achieved so much within the sport and having the opportunity to engrave his name onto the WBC World Heavyweight title come December 1st, Tommy is under no illusion that his world renowned ‘Fury’ name will certainly gather plenty of attention when he laces up the gloves on December 22nd.

He continued: “…But sure, it’s a big name to live up to but I don’t feel any added pressure on myself because of it, I know that I will make my own name in this sport.”

Boxing has been in Tommy’s life since the day he was born and began to take the sport more seriously as a 12-year-old, but due to the shortage of opponents willing to fight him, boxing was a very stop-start process at first.

“I only had 12 amateur fights in the end. I went to the nationals and got to the final, won the north regionals twice, so I did reasonably well.

“But amateur boxing and professional boxing are two different things. I regularly spar with Hughie [Fury, Tommy’s cousin] and his sparring partners and I know I am more suited to the pro game.”

Tommy will begin his professional journey as a light-heavyweight under the tutelage of British boxing hero Ricky Hatton at the Hatton gym in Manchester.

Along with the fighting ‘Fury’ blood running through his veins and naturally coming across a very confident young man, Tommy’s ambitions within the sport are sky high.

“I want to be World Champion, I think if you’re turning pro that has to be what you are aiming to achieve.

“I don’t want to be fighting people I can easily knock over, I want to be progressed by stepping up in level every time I step into the ring.

“I want to be fighting someone who wants to fight me back and try and make things competitive.” 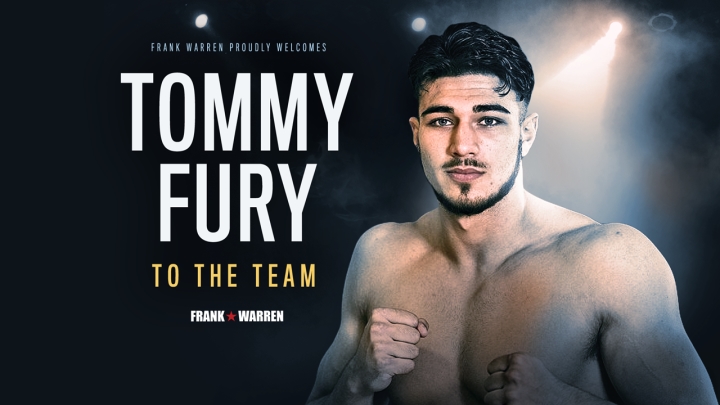 MTK Global is elated to announce the appointment of world-renowned boxing figure Bob Yalen as its new President.

The American, who has been a member and an elector of the International Boxing Hall of Fame since its inception, has held numerous high-level positions within the world of combat sports and most recently was the Technical Director and Chairman of the Ratings Committee of the WBC.

Yalen said: “I am both honoured and excited to assume this position at MTK Global. Sandra Vaughan and her group have built an extremely impressive company, and I am looking forward to working with everyone at MTK Global to expand the brand as well as to expand the services offered to its rapidly growing clientele roster.”

Yalen was instrumental to the boxing coverage of ABC Sports for over 20 years, as well as producing the boxing coverage for NBC Sports at the 1996 and 2000 Olympics. He went on to become ESPN’s Director of Programming & Acquisitions in 1996, and after eight successful years there, positions as Director at Mohegan Sun and CPTV Sports followed.

In addition, Yalen has acted as a consultant for Showtime, CBS Sports and Fox Sports and is a six-time Sports Emmy award winner. A former Associate Editor of Ring Record Book and FightFax Record Book, he is regarded as one of the world’s leading boxing historians and record-keepers. In 2016 he was elected to the Boxing Hall of Fame in Connecticut, where he currently resides.

MTK Global CEO Sandra Vaughan said: “Since taking over MTK Global I have been focusing on the business side of the organisation and our global expansion and today is a very proud moment for me as I hand leadership reins over to one of the most respected and experienced leaders in the world of boxing.

“Bob boasts a phenomenal career to date and I have no doubt his skills and expertise will only strengthen our growing brand, catapulting us to the next level under his guidance and we look forward to working with him for years to come.”

MTK Global is proud to announce the signing of welterweight Jack Brubaker following his victory over Tyrone Nurse back in May.

The 26-year-old ‘Gelignite’ (14-2-1-KO7) outpointed former English and British champion Nurse in Sydney and is now looking to push on towards the world stage.

Brubaker said: “The reason I signed for MTK Global is simple: they want to sign future world champions and I want to win world titles.

“A lot of blood, sweat and tears have gone into getting me to this point. I owe it to myself, my family and my team to give this everything I’ve got. I’m a tall, aggressive boxer who always comes to fight.

“Mike Altamura and MTK Global are the best in the business and I’m humbled to be given this opportunity.”

“I feel a lot of opportunities will be presented to him over the next 12-18 months. As he continues to learn his craft, he’ll be able to mix it with the world’s best in due course.

“Jack brings a very fan-friendly and exciting brand of boxing to the ring and as for his nickname ‘Gelignite’ – he packs some dynamite in those hands.”

The other brother Young Fury only had 4 or 5 fights & has been inactive for several years.