Iain Butcher is back in action on Friday – and has ambitions to have some big domestic showdowns in the near future if he is victorious.

Butcher (18-4) fights live on iFL TV at the Emirates Arena in Glasgow, and if he comes through this week’s bout, Butcher wants to take on more of the best of British.

Butcher said: “Hopefully for myself it goes well on March 22 as then I can get back on the big domestic scene again and take part in some big fights as the bantamweight division is on fire at the moment.

“There are a lot of good boxers from all around the world who are competing at the weight, and there is the potential of some good domestic dust ups too.

“I’ve been keeping an eye on the rankings, and MTK Global have also got a few of the boys that are ranked higher than me, so those fights should be easy to make in the future.

“You never know what opportunities can come your way if you get on a winning streak, as you could then be seen highly ranked enough to be in there with a shout of a world title. Before I can even think of any of that, I need to put on a good performance on March 22.” 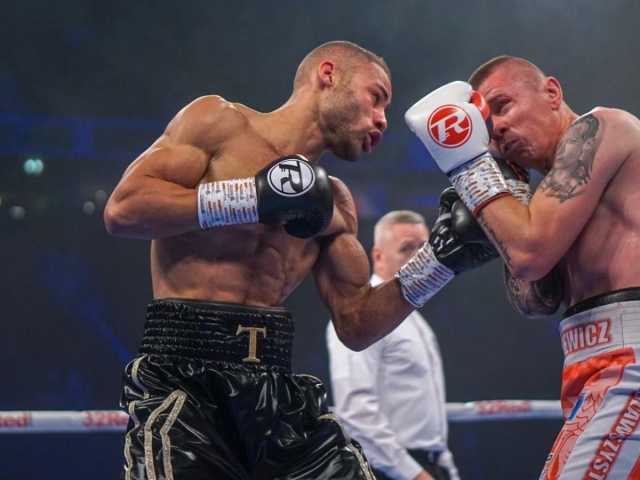 Undefeated star Troy Williamson hopes his patience will be a virtue when he returns to the ring at the Leicester Arena on Saturday.

Williamson (8-0-1-KO5) is set to face Yasin Hassani on the bill in Leicester, and the man known as ‘Trojan’ is looking forward to showing that his extended stay inside the gym over the last few months has worked out well.

Williamson said: “I’m looking to start the year off with a bang. Preparations have been great training wise, as I stayed in the gym all over Chistmas and the start of the year while I was patiently looking for a date.

“We’ve finally got one and now I’m excited to be fighting. I’ve been in camp for about eight to ten weeks now, so I’m looking forward to putting it all into play on Saturday.

“My opponent looks durable and has got a winning record, but he doesn’t seem to be the biggest of middleweights so I’ll be showing my size and strength in the ring on Saturday, and over the eight round distance I’m confident of getting him out of there.

“I had a good learning year inside the ring in 2018, and hopefully I can push on now in 2019 and make it a bigger and better year for myself.”

The bill in Leicester is also set to feature another undefeated star, with Sam Maxwell scheduled to make his return to the ring.

Reece McFadden sees the Emirates Arena as a happy hunting ground for him as he awaits his second professional fight there on Friday.

Former amateur star McFadden (1-0) fights in Glasgow live on iFL TV after his successful debut there in November, and he wants to keep his good run of success at the venue going.

McFadden said: “I had my debut at the Emirates Arena and also fought there several times as an amateur for titles at both senior and junior level, so it’s good to be back once again.

“I was pleased with my debut in November. He was a tough opponent and I don’t know how he wasn’t going down with the body shots I was sinking in, but I enjoyed it and I’m excited for my second fight.

“I have the same attitude as I did for my debut, I just continue to treat each fight as if it’s any other. I deal well with the pressure and I’m very good with the big occasion.

“The professional game has been very different to the amateur game. You have to be more composed and plant your feet to try and get your opponent out of there, and I’ll be trying to do that on Friday.”

It is a packed card in Glasgow live on iFL TV on Friday, which features Iain Butcher challenging Scott Allan for the Celtic bantamweight title.

There are plenty of exciting stars taking to the ring too, including Kieran Smith, Lewis Benson, David Brophy, Michael McGurk, Jack Turner and many more.

Debutant Jack Turner is set for his first professional bout on Friday – but he is already setting his sights on fighting for titles by the end of the year.

Turner fights live on iFL TV at the Emirates Arena in Glasgow, and he hopes to progress quickly and get some gold around his waist as soon as possible.

Turner said: “I want to get the first fight out of the way this week, but then I’m not going to beat around the bush, I would love a title by the end of the year.

“I don’t want to be here fighting journeyman forever, I want to be pushed and show that I’m the best super-bantamweight around. There is a lot of great talent in the division and I hope to progress towards them by the end of 2019.

“The transition from amateur to professional has been brilliant so far. I’ve settled in well and things are starting to come together. I’m learning the professional game more and more each time I’m training and I’m loving it.

“I can’t wait to get in there and experience the whole professional scene. I definitely prefer it to the amateurs and I think it’s so much more suited to me.

“It’s great to be boxing at the Emirates Arena and I’m looking to bringing fireworks to the place. I’ll be bringing an army as well to make sure it’s roaring, and I can’t wait for the atmosphere. The whole bill is a great card and it’s brilliant to see all of the Scottish talent on it, so I can’t wait.”

The Uddingston starlet (11-0) faces the tough Evaldas Korsakas, who saw a run of six straight wins ended by McGurk’s MTK Global team-mate Kieran Smith at the same venue back in November.

With the iFL TV cameras rolling, McGurk is planning to send a clear statement of intent to the rest of the light-middleweight division.

He said: “I’m a firm believer in my own ability and I would fight anyone in the division. There isn’t anyone I particularly want to name but I want titles as soon as I can get them and I’m willing to fight anyone to get those titles. The sooner, the better.

“The iFL TV platform is exactly what Scottish boxing needs right now. We’ve been missing the exposure up here for years and now that’s here, I aim to make the most of it and show everyone what I’ve got.

“I can’t wait to fight in front of my home supporters again. They always make plenty of noise and it gives me that extra boost you sometimes need in fights. I like to entertain them and I plan to doing that in every fight.

“For me, it’s all about staying active now.”

Kieran Smith has set his sights on breaking into the top 15 world rankings once he’s made his return to the ring at the Emirates Arena on Friday.

Unbeaten Smith (13-0) is back in action on a packed card in Glasgow as #MTKFightNight return to Scotland live on iFL TV.

He already holds the WBC International Silver title, and he would love to add the full version of the belt to his collection to earn himself a top 15 ranking with the WBC.

Smith said: “I want to keep pushing up the WBC rankings and hopefully fight for the WBC International belt next. That will put me in the top 15 of the rankings.

“It’s good to be getting back in the ring. Since I signed up with MTK Global and teamed up with Danny Vaughan last year, I was promised to be kept busy and they came through with that. I had three fights in three months which was great.

“I picked up the WBC International Silver belt as well which was the icing on the cake for the end of the year, and it’s now setting me up for a good 2019.”

The undercard is full of talented stars too, including David Brophy, Michael McGurk, Lewis Benson, Reece McFadden, Jack Turner and many more.