Yordenis Ugas (25-4) hopes to be back in the ring sooner than later.

The 33-year-old Cuban welterweight is one of the few fighters to have fought in 2020.  In February he stopped Mike Dallas just weeks before the covid-19 pandemic shut down sports all over the world.

While speaking on Premier Boxing Championships weekly Facebook chat, Ugas said that it won't take him very long to get ready for whenever his name is called to fight.

"I have been training throughout this time so I will be able to get ready fast.  Once they give us the go ahead then I will turn it up and train even harder," said Ugas. 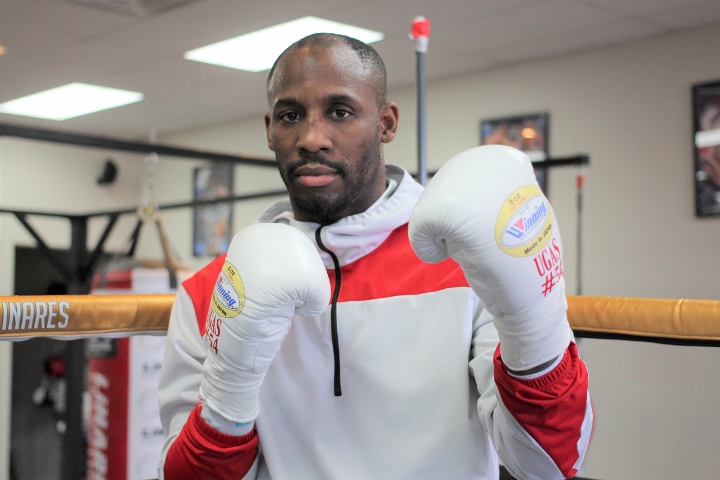 Over the past few years Ugas has been recognized as a top 10 fighter in the welterweight division.  One goal that has so far eluded him is a world title.  Last year he came agonizingly close to getting a belt wrapped around his waist when he lost a split decision to Shawn Porter in March.

A fan brought up that fight on the chat, saying that he thought Ugas did enough to earn the victory.

"I think I won that fight and became a world champion that night.  I think I did everything I needed to do to become a champion. The referee didn't count the knockdown in the 12th round and that would have given me that championship," Ugas stated.

As for who he wants next it is simple. IBF/WBC welterweight champion Errol Spence and WBA super champion Manny Pacquiao sit at the top of his wish list.

"I have always wanted that fight. For 2 years I have been asking to get that fight against Spence," Ugas stated.

Sit yo dumb ass down smh

I’ve said it for years that Haymon would never allow Ugas near overrated Weight bully Spence. Haymon needed Spence to cater towards the hip hop culture crowd who aren’t actual boxing fans, just uneducated losers that need a hero. Too…

[QUOTE=Mister Wolf;20572367]Ugas is finding out that the people guiding his career have a conflict of interest.[/QUOTE] What conflict of interest? He got his shot. That's what Porter vs Ugas was, it was basically for the winner to fight Spence. Porter…

Ugas is a solid fighter but he does not punch that hard and waits too much at times. He is accurate and lands clean punches. I like to see Ugas against any top WW but I doubt he will beat…

Ugas is the proof that spence is a protected fraud. Haymon and spence are afraid of Ugas and can't rig him like they can rig all of the other haymon pbc patsies to play soft for the fraud franchise spence.…