Shortly after Cuban boxing star Yordenis Ugás watched his fight against Shawn Porter, he feels there was something very questionable on the scoring card of CSAC judge Max DeLuca.

Ugas feels that in the final round, where he was most dominate against Porter, is where Max DeLuca was unacceptable in his scoring.  Ugas will plead his case for an immediate rematch with Shawn Porter from the honorable Mauricio Suliman and the WBC. 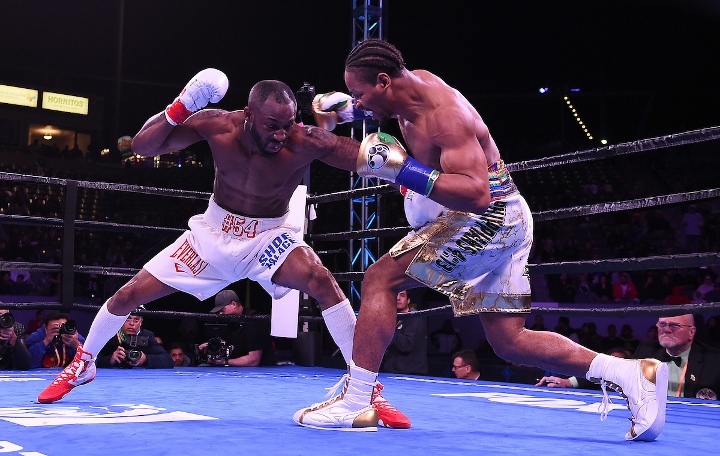 “Judging is a very hard thing to do and I respect all judges because I know the difficulties of scoring," said Ugas.

“But one thing I won’t accept is the judging of Max Deluca’s last round call on Saturday night.  If anyone felt the fight was close or not, we can agree to disagree, because both of us are great fighters.  But one thing I know is universal, is that I clearly won round twelve as was evident on the other two judges’ score cards, in addition to the 99% of all media and fans who had me winning round twelve as well.

"I beat and chased Porter all over the ring and wasn’t given credit for a knockdown either.  But hey, I respect Jack Reiss, one of the best referees in boxing.  He made an honest mistake on a spilt second call.  But DeLuca’s card had Porter winning by one point going into the last round.  I get a bad feeling in my stomach even thinking about this.

"I say to myself, did DeLuca know in his mind that Porter needed to be awarded round twelve to win the fight? This question I need answered by him.  As fighters we put our lives on the line when upon entering the ring, and all we ask for is a fair shake.

"Well if Max Deluca is ever judging your fight, trust me, I don’t feel he’s capable of doing a respectable job.  I want everyone to look at round twelve and tell me who won that round, it was blatantly obvious it was me.

“California boxing commissioner, Andy Foster, who does most shows in the USA, is great at his job and is one of the best commissioners in all of boxing if not the very best.  I would kindly ask him to take notice of this behavior, because Max Deluca is incompetent.  I plead…or should I say beg, for an immediate rematch with Porter, and the WBC should honor my request.  Porter is a great fighter and I’m very blessed to share a ring with such a great champion. I have the utmost respect for him and his father, they are great people.  I hope we can share a ring soon with competent judges scoring the fight.”

If Ugas gets the rematch, he should stick to his game plan better. He was up on two scorecards after 6, largely because he was pumping the jab 20+ times a round. He lost because he stopped doing so (only…

He should get a rematch for one it would be great tv.....again...and two most knowledgeable fans saw that he won the fight

IMO it isn't an option. Close but boring fight anyway, in which Porter DID throw and land more afterall.... but Ugas for some reason just simply did not throw enough. He is a talented kid, and should get a belt…

Get to the back of the line. that show boating **** turned the judges off. When you don't take a title shot serious then you won't beat the champ🥊

I saw only rounds 1-6, & i saw porter winning pretty easily. I didnt see close rounds. I saw porter working and ugas posing for pictures and getting putting his hands down during rounds as if to entice porter into…