UFC president Dana White has compared company superstar Conor McGregor to some of the biggest legends in the sport of boxing - Muhammad Ali, Mike Tyson and Sugar Ray Leonard after the Irishman made his return to the Octagon.

McGregor needed just 40 seconds to defeat Donald 'Cowboy' Cerrone in Las Vegas on Saturday, as the 31-year-old marked his comeback after 15 months away from the Octagon in style.

And White believes McGregor has now reached the same level as stardom as icons such as Ali, Tyson and Leonard.

"[Conor] is such a huge superstar. I put him up there with Tyson, Leonard," White told a media conference.

"All of them," he added when asked if McGregor could be compared to Ali, considered to be the greatest fighter in boxing history.

"A lot of the times coming in his career he's been doubted for his talent and he proves everybody wrong every time." 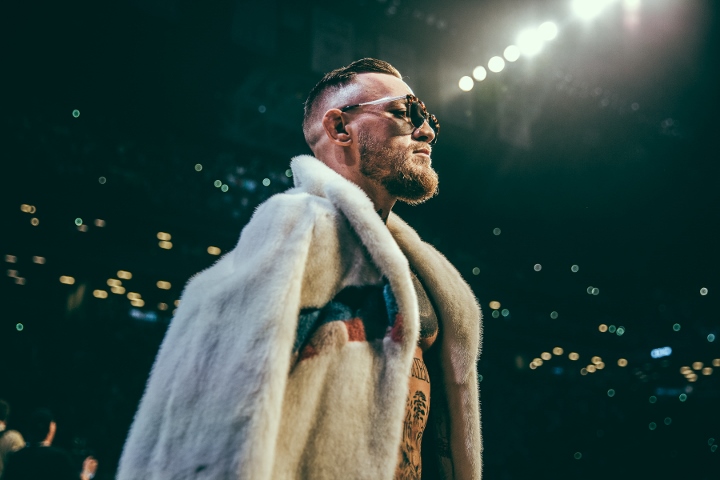 White was also asked how much McGregor was worth to UFC, with a figure of $2billion suggested by a reporter.

"Two billion dollars? Sounds like a good number, I'll take that," White joked. "I don't know what he's worth to the company but it's big.

"You couldn't go anywhere without seeing this fight and knowing that this fight was on. All the people came out and watched the fight.

"This is one of those fights that people who normally don't buy [do] buy, right? So, the number is always massive.

"Then Conor comes out and does what he did tonight. You can't put a number on that. It's massive and it's global. The whole world was watching tonight."

McGregor's previous fight came in October 2018, when he was defeated by Khabib Nurmagomedov.

In his own post-fight news conference, McGregor outlined his intention to go up against the Russian once more, and White is eager to make a rematch happen.

"We're at a place right now where Conor was saying that, going into the Khabib fight, he had lots of personal stuff," said White.

"Some stuff [was] self-inflicted. He had injuries. He had all these things going on. He has been obsessed with getting that rematch because he knows that he wasn't 100 per cent right.

"We're looking at like Ali-Foreman, Ali-Frazier. This is a massive fight with global appeal. It's the fight you make, it's the fight that makes sense. It's for the 155-pound title.

"It's huge for Khabib’s legacy, too. If he beat McGregor, then he beats Tony Ferguson, then he beats McGregor again, I mean, this is how this kid, when he retires, he's 30-something and, oh, he's beaten all of the best."

[QUOTE=texasboi15;20337896][B][I]Look at all the casuals jumping the gun talking about Conor Khabib 2 as if the Russian ain't in by FAR the TOUGHEST fight of HIS LIFE on April 20th in Brooklyn New York :lol1: Do your homework casual: Tony…

[QUOTE=Miki Nakayama;20337562]The Russian would **** him up again[/QUOTE] Watched the Cowboy fight now and it just reaffirmed my thoughts that he was hand picked to lose. I agree that the Russian would beat McGregor again. I don't think McGregor will…

[QUOTE=HitmanTommy;20339103]AND??????? There will always be casualties in sports. Soccer players have died on the field as well. It's no comparison. Boxing is a civilized gentlemans sport compared to mma.[/QUOTE] Your'e a fan and clearly see boxing with rose pedal glasses…

[QUOTE=YoungManRumble;20339495]Lol his head already so far up his own ass just needs an extra little push for his butthole to swallow that watermelon whole.[/QUOTE] U know that dome slid in nice and easy , no lube.

[QUOTE=NORMNEALON;20337690]Dana should be violently sodomized for this . With his own head .[/QUOTE] Lol his head already so far up his own ass just needs an extra little push for his butthole to swallow that watermelon whole.