Tyson Fury: My Wife Thought I Was Too Fat To Make Comeback

Tyson Fury claims he was banned from Wikipedia after making changes to a page dedicated to Wladimir Klitschko.

Fury pulled off a shock victory over Klitschko in 2015 but his attempts to sabotage the Ukrainian's Wiki have seemingly seen him defeated outside the ring by the online encyclopaedia.

Asked by BT Sport whether rumours he had tampered with Klitschko's page were true, Fury said: "Yes it is true, until I got banned from Wikipedia.

"I did it because I wanted to prove that, because it is a public site, anyone can write whatever they want on there. If you want to go on and edit my profile, you can.

"I have never edited anything on mine but because I am the lineal champion, someone keeps going on and writing I am retired. I am clearly not retired.

"So I keep changing it back to active and someone else keeps changing it to retired. So obviously someone wants me retired." 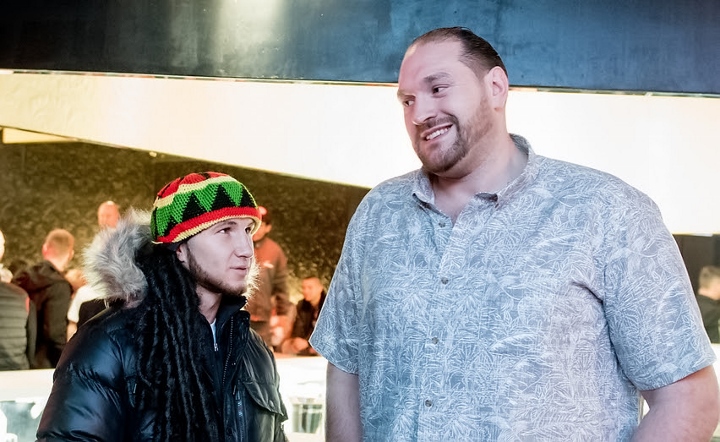 When it was put to Fury that the person making changes to his page may be based in Alabama, alluding to next opponent Deontay Wilder, the former heavyweight world champion had a different theory.

Fury also noted, during an interview with Showtime's Below the Belt with Brendan Schaub, that his wife Paris felt he was "too fat" to fight again.

"I was 400 pounds and counting. I'm stood here today at 259, 260 pounds. In England, we have pints of beer. It's like a big thing [and] I used to drink 20 of them like four or five times a week. This belly was out here, this back was out here. I had wings on me. I'm disfigured for life. I've got stretch marks all over my body."

Fury was able to get back in serious form by working in Big Bear, California.

"There's three times less oxygen up at Big Bear. Everything in Big Bear is three times harder. But when you come down [to normal altitude] you can work three times harder. I've been training up there for two weeks and feeling like dog---- every day. I feel like I can't do five rounds up there because I can't breathe. So we wanted to see if I'm fit or not. We've come down and I've done 12 rounds here today at lightweight pace, and I smashed it. So I'm fit," Fury said.

I thought the person in the rastafarian hat was his wife.