Before Dillian Whyte held on to secure a decision win over Joseph Parker, there was a classic heavyweight encounter at the O2 Arena in London - between unpredictable Briton Dereck Chisora and Cameroon-born Frenchman Carlos Takam, two fighters who have had their chance at world title glory.

Chisora remarkably got the win he desperately required after three losses in his last six bouts -- including against Whyte.

Having looked outclassed early on, he came up with a cracking punch to put Takam down in the eighth. Although the 37-year-old got back up, Chisora sent him down and out with his next punch.

The referee brought the curtain down in all likelihood on the loser's hopes of another tilt at the world title but 34-year-old Zimbabwe-born Chisora said he could dream again. 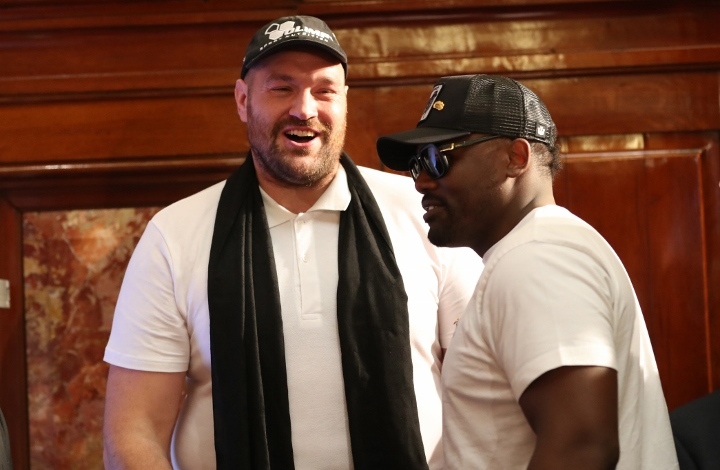 "It was tough but this fight was very emotional for me. I want to dedicate it to my daughter and missus. Takam is a true tough African boy," said Chisora.

"In the later rounds I thought it's time to send it home. He didn't hurt me -- I'm English nobody can hurt us.

Now Chisora could be in line for a big fight.

Chirora's promoter, Eddie Hearn, would like to match him against WBC heavyweight champion Deontay Wilder (40-0, 39 KOs).

And former unified heavyweight champion, Tyson Fury, would fully support a showdown between Chisora and Wilder.

“I would be the first to back him in a world title fight,” Fury said to The Sun.

“I’ll back the campaign, let’s get a campaign going where we get Dereck Chisora a world heavyweight championship around his waist.

“The guy deserves it, he’s a warrior, he’ll fight anybody, he’s been on the road, he’s fought the best in the world, he’s still going – even when people write him off.”

Hearn is going to make two offers to Wilder - one for Whyte and one for Chisora - with the hope that one of them is accepted.

“I’d like to see Chisora fight Wilder, why not?,” Hearn said to IFL TV.

[QUOTE=alexjust;18981012]On that Saturday night there was only one HW who deserved a title shot and that was Whyte. Chisora's lucky punch that folded Takam (not a number 1 contender in any governing body) should not entitle him to a fight…

On that Saturday night there was only one HW who deserved a title shot and that was Whyte. Chisora's lucky punch that folded Takam (not a number 1 contender in any governing body) should not entitle him to a fight…

[QUOTE=scarybodyshot;18979345]I'd like to see this fight. Chisora just needs to stay in close against Wilder and it's game over. Wilder like to fight at range and throw those hideous shots against targets like the Homer Simpsons of this world. Wait…

This article is clickbait...not once does Fury say that Chisora should fight Wilder. He basically states, “ I would back the idea of Chisora getting a title shot.” Which means chit because Fury has no belts. I can’t wait until…

[QUOTE=scarybodyshot;18979478]I think part of the problem is that he never actually took it too seriously. You can say that 3 of his losses are from shear lack of focus/discipline. He seems to have matured both as a fighter and a…