Ohara Davies and Tyrone McKenna will finally meet in the final of the Golden Contract tournament.

McKenna was one the right end of a poor judging decision at York Hall in Bethnal Green, London on Friday night.

The Belfast man was involved in a thrilling 10-round semi-final against Mohamed Mimoune of France, exclusively live on Sky Sports in the UK and ESPN + Stateside.

But the master of ceremonies Terry Kavanagh said “And the new”, meaning that WBC International champion McKenna had his hand raised. 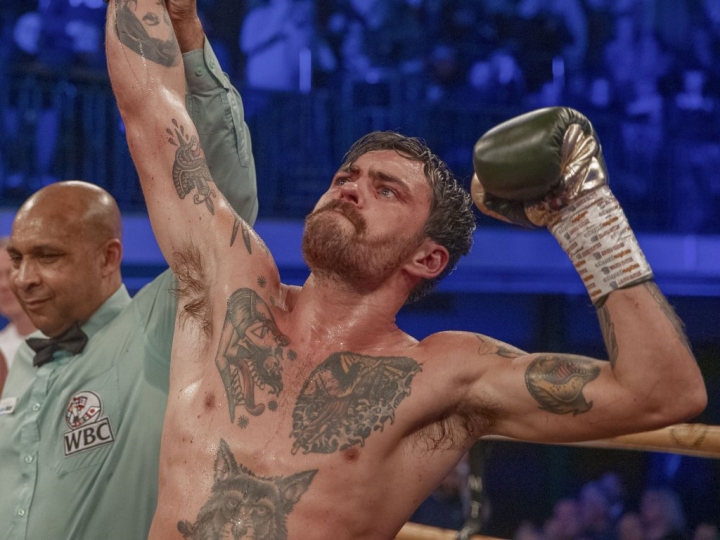 Davies said that he was “looking forward” to facing Mimoune before the scorecards were read out, while also being complimentary about his nemesis.

“Tyrone McKenna was good in that fight and a lot of people will have wanted me to face him in the final,” he said, “but that was a great fight and Tyrone will have learned things in there that will work well for him for the rest off his career.”

But McKenna, who did well in stages to keep the fight long and to use his height advantage and box behind the jab against the man who has come down from welterweight, is through to the final against Davies who, now under the tutelage of Angel Fernandez, dropped Jeff Ofori at the end of the third round in their semi-final clash before stepping on the gas at the beginning of the sixth, hitting the former Southern Area champion with a right hand, following it up with a heavy barrage of shots and forcing the referee Kieran McCann to step in as he booked his place to bid to become the last man standing in the super-lightweight division.

“Christmas is coming in the summer and the fight that everyone wants to see is finally going to happen,” said McKenna in the aftermath of his controversial victory. “It was a close fight and he’s a great fighter, but all three fighters scored the fight in my favour. How can you disagree with that? “Be happy, everyone’s getting the fight they want. There are three judges there for a reason.”

McKenna retained his WBC International super-lightweight title with the win and the bauble will be at stake in the final.

“You can’t deny how hard Ohara hits and how good a fighter he is,” McKenna added, “but you know exactly the sort of fighter I am and you can prepare for one of the best fights you’ll see this year when we meet in June.”

Haven't seen the fight yet but I have seen Mimoune before and he is a slippery tricky fighter no surprise he pulled it off but classic politics.

[QUOTE=Andy84;20404894]Totally embarrassed as a UK fight fan by this decision. People say the US has the dodgy judges/decisions but it's clear 2 see we are just or worse ourselves! Shocking scorecard and genuinely embarrassed 2 b a UK fan right…

Totally embarrassed as a UK fight fan by this decision. People say the US has the dodgy judges/decisions but it's clear 2 see we are just or worse ourselves! Shocking scorecard and genuinely embarrassed 2 b a UK fan right…