Escandon was coming off a seventh round TKO defeat at the hands of WBC featherweight champion Gary Russell Jr., which took place in May of 2017.

And Nyambayar was coming back from a solid win over Harmonito Dela Torre from November 2017. 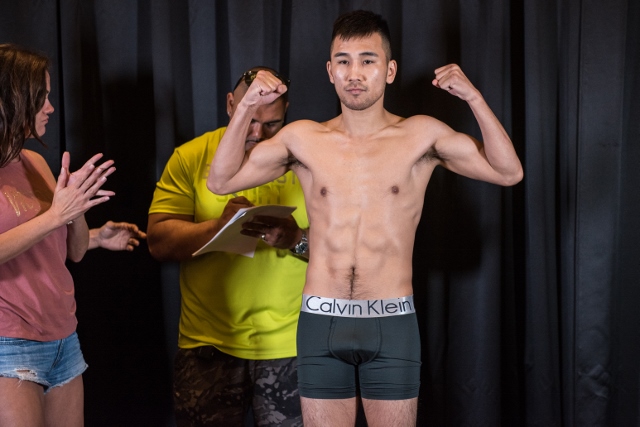 In the first round, King Tug started very well, but then he got caught while a bit off-balance in the final 30 seconds by a big hook - which was ruled as a knockdown.

King Tug came out throwing bombs in the second. He landed a three punch combination that second Escandon down. Escandon got up too fast and was dropped for a second time by a straight right hand. For the remainder of the round it was Escandon surviving.

DeLoach did very well in the first five rounds - but then in the sixth, Rosario landed a big left hook that sent DeLoach down on his face. He got up, but the time ran out in the round.

Following the sixth, Rosario was pushing the pace and going after DeLoach to land more big shots, while DeLoach was still in the fight and boxing in a tactical manner to the finish line - although he went down again in the tenth and final round.

Zuniga was coming off a fourth round knockout of undefeated Raynell Williams from December 2017.

Pauldo came in riding a five fight win streak, after losing a close six round split decision to Efrain Cruz in July 2015.

Top rated super middleweight J’Leon Love (24-1-1, 13 KOs) scored a ten round unanimous decision over Jaime Barboza (19-15, 9 KOs). It was the first bout for Love since last September, when he fought to a technical draw against Abie Han.

King Tug been, is & will be a bad motorscooter. Looking forward to him being in some good fights in the future vs top ten guys.