Tramaine Williams Hoping To Work His Way To Lee Selby

Possessing one of boxing’s most eye-catching nicknames, Tramaine ‘The Mighty Midget’ Williams (13-0, 5 KOs) is also catching the eyes of fans as he comes to the end of a year which has seen large progression.

The Connecticut man spent some time in jail following a standout amateur career and an impressive start to the pro ranks but has turned things around with four wins this year including a stoppage of Christopher Martin on the Andre Ward-Sergey Kovalev II undercard.

Williams, a southpaw with blistering hand speed and fine defensive skills will finish off 2017 on December 2 in Kansas when he is due to fight experienced Mexican José Cayetano who has been in with the likes of Leo Santa Cruz, Scott Quigg and Kid Galahad. 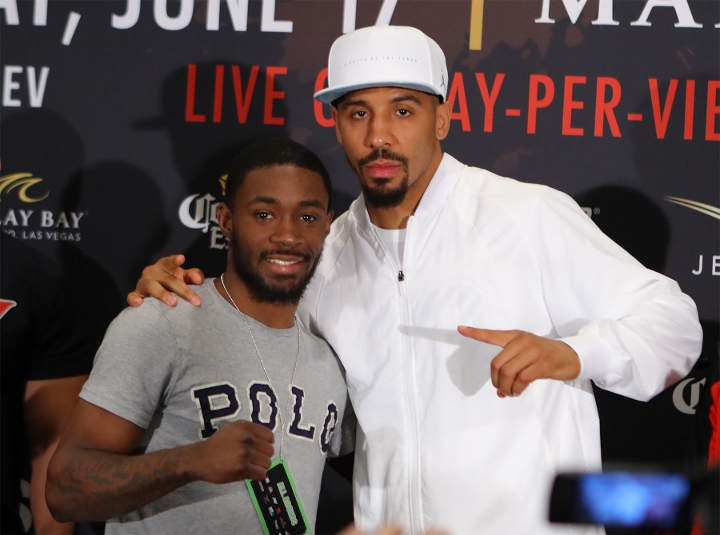 “I’m very happy with my progress because I don’t get hit that often when I fight and I want to get right back in there,” Williams told BoxingScene.com.
“I love to stay active and be in shape, ready to go.  If I don’t take punches I don’t see why I shouldn’t go right back in there.”

Looking solely at his record, Tramaine may not appear to be a knockout puncher yet his power in 2017 has been evident with the stoppage of Martin, a devastating knockout of William González and knockdowns of Eduardo Garza.

“The guys I’ve been fighting don’t just sit there and get knocked out.  If you look at my track record, the guys I fight have been older than me, more experienced and are guys that haven’t been knocked out or maybe once in their careers.  But if you knock everybody out they say, ‘Can he go into deep waters?’  If you go into deep waters they say, ‘He has no punching power.’  So, it’s never enough.

Moving from contender status to a world title shot likely will not be an easy task for Williams, simply because taking a voluntary against a southpaw with his skillset is not high on the agenda for most fighters, or at least their management and promoters.

“I’ll have to become the number one contender because I’m high risk low reward,” Williams admitted.

“I had a three year lay-off, so I’ve been overlooked but people forget when I came out of the amateurs I was a hot commodity.  I made some mistakes, but the boxing world knows who I am.  If you see how fast I am progressing right now, imagine if I didn’t go to jail, I may be world champion by now.

“I can make either weight, 122lbs or 126lbs so I’ll fight anyone out there.  I want all the belts.  I think next year is the year I get a title shot.  I want one in my next fight but people won’t fight me.  I will have to be a mandatory, nobody is going to say, ‘Get me Tramaine Williams’.

“I want to fight Lee Selby but I’ve got to become the number one contender or mandatory.”