It's arguably the biggest challenge of his coaching career, but Dave Coldwell is glowing with confidence as his bantamweight charge, Jamie McDonnell, heads to Japan to face the threat of Pound for Pound monster, Naoya Inoue.

The Doncaster man enters the ring a massive underdog, and that is the role he is happy to play according to his trainer.

Coldwell, insists that McDonnell performs better with the odds stacked against him and he's expecting that opinion to contain more weight when the bell finally rings on May 25th. 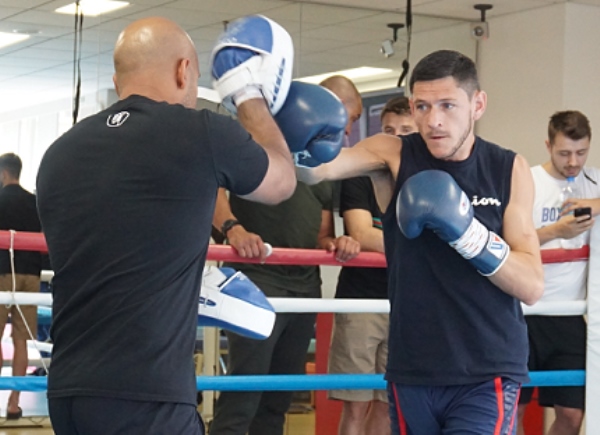 "Jamie is like a man possessed at the moment," buzzed Coldwell, who has just touched down in Japan.

"He absolutely loves it when people are saying he's in far too deep and that he has no chance, but history has shown us that he takes these challenges and makes a mockery of what people thought beforehand. The Julio Ceja fight he was given no hope.

"We went over to Texas to fight Tomoki Kameda and he was told he wasn't going to win, and look what happened there. The better the opponent, the better you see Jamie and I'm expecting a brilliant version of him to show up against Inoue because this is the hardest test of his career."

Coldwell added, "This camp has been one of the best I've been involved in because Jamie has given his entire body to this cause and done every single thing I've asked of him. We've spent some time in Dubai and everybody at the Ramada Downtown Hotel has looked after us brilliantly. Also the guys at Real Boxing Only gym have done everything we've asked of them.

"Jamie has had great sparring off lads in the gym, but he's also had brilliant sessions alongside Kal Yafai, so the sparring partners we've been using are of the highest class. This is the chance for him to secure his legacy against one of the finest fighters on the planet, and maybe it's the time that the boxing community will finally come out and give Jamie the respect and credit he deserves. He's been on a brilliant run in recent years, fighting away against good names, and he does it all again on May 25th. He couldn't be more prepared."

[QUOTE=Tatabanya;18793356]Did anybody tell McDonnell and his trainer that they're fighting against Inoue, and not Kameda III?[/QUOTE] You got it right there. Kameda isn't bad, but Inoue is at another level.

I actually like this fight. I fully expect Inoue to win but Jamie McDonnell is no pushover and has beaten some decent fighters. If Inoue beats him very convincingly, it'll be an impressive win.

Eddie Hearn said that Jamie didn’t know who Inoue was before the fight was announced. There’s been so many upsets lately that I give him a chance here.

Did anybody tell McDonnell and his trainer that they're fighting against Inoue, and not Kameda III?