Trainer: Erickson Lubin is Ready For All The Top Fighters at 154

The 24-year-old doesn’t have his next fight lined up yet but has returned to camp as he waits a date. 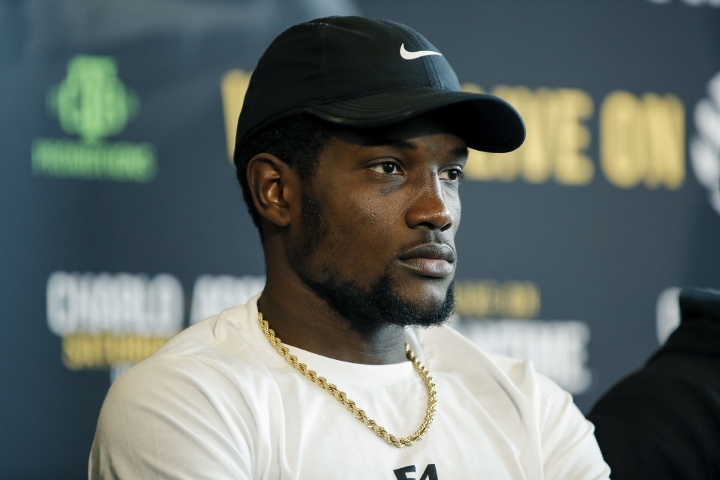 Prior to his last fight, Erickson’s trainer Kevin Cunningham said that after facing Gallimore, his fighter would be ready for the best of the division. He has now won 4 fights in a row since suffering his only professional loss which came against Jermell Charlo.

Cunningham’s outlook hasn’t changed and recently restated that he hopes they can secure one of the top names at 154 pounds for his next opponent.

“Hammer’s in camp getting mentally and physically prepared. We haven’t received confirmation on a date or an opponent yet. We are ready and willing to face any of the top guys like Charlo, (Jeison) Rosario, (Jarrett) Hurd, (Tony) Harrison, (Erislandy) Lara or (Brian) Castaño. It doesn’t matter to us,” Cunningham told BoxingScene.com.

While some of the aforementioned fighters already have opponents lined up, Premiere Boxing Champions has most of the talent in the super welterweight division and Lubin should land a fight in the near future.

Never!! Kahn doesn't deserve any more big fights at another fighter's expense. He has stolen enough money for fights he didn't deserve.

[QUOTE=AdonisCreed;20457773]I was just about to post the same thing. He's learned a lot from that loss, it they are bringing him back at a good pace.[/QUOTE] Yeah it kind of reminds me of the way J-Rock was rebuilt. I think…

He has the potential to rise to the top of 154. He might of ducked into a big bomb from Charlo, but do not right him off just yet.

[QUOTE=RJJ-94-02=GOAT;20456811]I think Lubin could beat Rosario. I’d like to see that fight, I’d probably get good odds on Lubin too.[/QUOTE] I was just about to post the same thing. He's learned a lot from that loss, it they are bringing…

[QUOTE=KTFOKING;20456728]Lubin vs Garcia would be a good fight and will put him in a mandatory position. I would love to see him fight Castano/Teixiera winner. Plenty of fights for him at 154. I bet he gets another title shot later…