Trainer: Chisora Will Repair, He's Force To Be Reckoned With

As previously reported on BoxingScene.com, heavyweight contender Derek Chisora is not looking to retire any time soon.

Last month, Chisora was fighting toe to toe in his long pursued rematch with Dillian Whyte.

Chisora was up on the cards when he got knocked out by Whyte in the eleventh round. It was a brutal KO where Chisora got decked by a huge hook and he was out cold when he hit the floor. 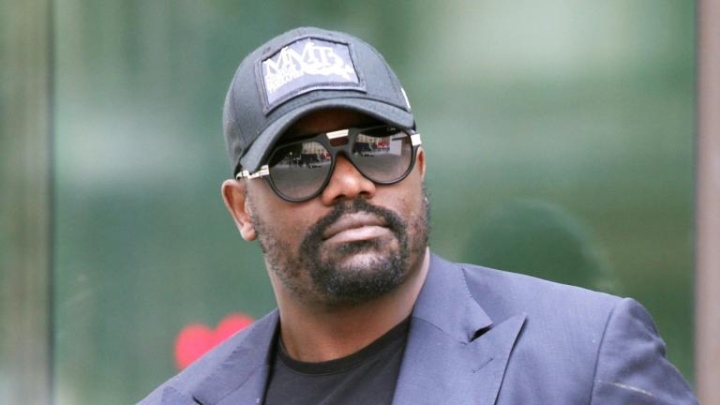 Chisora, 35-years-old, has had medical checks conducted and passed them.

He's met with his longterm trainer Don Charles, and they will map out the future shortly - after sitting down with manager David Haye and promoter Eddie Hearn of Matchroom.

"One thing that's been ascertained, is Derek Chisora is not retiring, he wants to fight on," Charles told Sky Sports.

"He's a very proud man and obviously if he said he wasn't hurting, that would be a lie. I know my boy really well, it's hurting. He's putting a brave face on.

"The same way as a coach, I'm hurting, but I have to put a brave face on publicly. It hurts, but we've been here before. We will repair. He will repair and he'll be back, especially now with the inclusion of David Haye, the new regime, the discipline that David has brought into Chisora's life. If he can build on this, then I think Derek Chisora is a force to be reckoned with, within this current market."

Carlos Takam, who Chisora knocked out in spectacular fashion in the summer of last year, is now calling for a rematch.

"Takam has got every right to call us out, but I don't believe that should be my guy's next fight, the same way Takam has come back and had a win. We should be allowed to do such a thing. Who that opponent will be, I don't know, because I'm not his manager. It's something I have to discuss with David Haye and Eddie Hearn obviously," Charles said.

[QUOTE=rudy;19432811]He can fight Joe Joyce, Chisora is just a punchgag or Daniel Dubois he can back to Frank Warren after a couple of more losses with Eddie Hearn, he fights Usyk it be like Chisora vs fury2. Horrible beatdown His…

Chisora has been recycled over and over again. His team just wants to milk a few bucks off of a man who is going to have serious health problems later in life. The British public also condones it because they…

Chisora just stopped Takam so he's still got skills but 9 defeats in 38 fights is worrying i would hate to see him end up being a name young prospects build their name on. But he'll do as he wishes…