Top Rank To Keep Lomachenko and Others More Active

While WBO super featherweight titlist, Vasyl Lomachenko, has an August 5th assignment against Miguel Marriaga at the Microsoft Theater at LA Live on ESPN, promoter Bob Arum of Top Rank says it wont be the last time we see 'Hi-Tech' in 2017.

"He's going to fight again this year and I think Lomachenko is the one guy that could really deal with fighting four times a year," said the veteran promoter, who says that under their new partnership with ESPN that all of their boxers will be afforded the opportunity to fight more often than in the past. 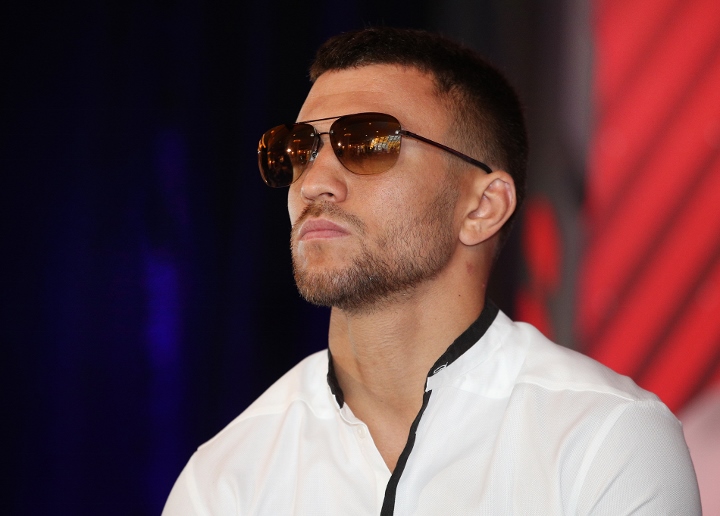 "It'll be a minimum of three (fights) but I would hope to do four and I would hope to get a hold of some opponents that we could then promote and make big pay-per-view fights down the road for Lomachenko next year," Arum said.

But this wont just apply to the gifted Ukrainian, Arum noted to BoxingScene.com - "We're re-doing all our contracts to guarantee our fighters three fights a year - minimum. And use our best best efforts to give them four."

There used to be a time when all boxers - even the ones at the championship level - performed much more often. So what happened?

"It was like the Garden of Eden, 'when the premium cable (networks) floated more money than the over-the-air networks were paying and we all bit into the apple because it was juicy and good, we ended up poisoning ourselves," Arum explained last week at a press conference for Lomachenko-Marriaga.

[QUOTE=j.razor;17880882]Not true, all that "boring" talk came from bob arum right after Rigo beat nonito donaire which was supposed to be arum's next pacquiao. There were lumps & knock downs in that fight so why did bob arum call it…

[QUOTE=Steven Mccowan;17880796]Well rigo and loma is a huuuge diference. And i have read places where networks refused putting him,on. He is a wonderful talent with very little tv entertainment abilitys. Id say thats why he has mostly been on ppv…

[QUOTE=j.razor;17880581]Rigo. has been on T.V. multiple times & his management has been trying to get the top fighters but they are focused to stay away from Rigo. Loma has most of the advantages so I'm convinced bob is blackballing Rigo.…

Those cherries aren't going to pick themselves.

[QUOTE=Steven Mccowan;17873055]actually its rigos fooking management and co promoter. I dig rigo and would love to see that fight. Oh and also almost no tv will touch the guy because he dont produce action (you know tv is entertainment) cubans…