Tomoki Kameda Eager To Get Revenge on Rey Vargas

In the hall of the Nanki Shirahana Golf Club located in the province of Wakayama, a press conference was held in which the super bantamweight interim world champion of the World Boxing Council (WBC), Japan's Tomoki "The Mexicanito" Kameda (36-2, 20 KOs) announced his upcoming mandatory fight with the full world champion Rey Vargas (32-0, 22 KOs).

The contest is going to take place on July 13, at the Dignity Health Sports Park in Los Angeles, and DAZN streaming the fight.

Kameda and Vargas fought in the amateurs in 2007, precisely 12 years ago, and Vargas won by points in the finals of the Golden Glove tournament in Mexico. 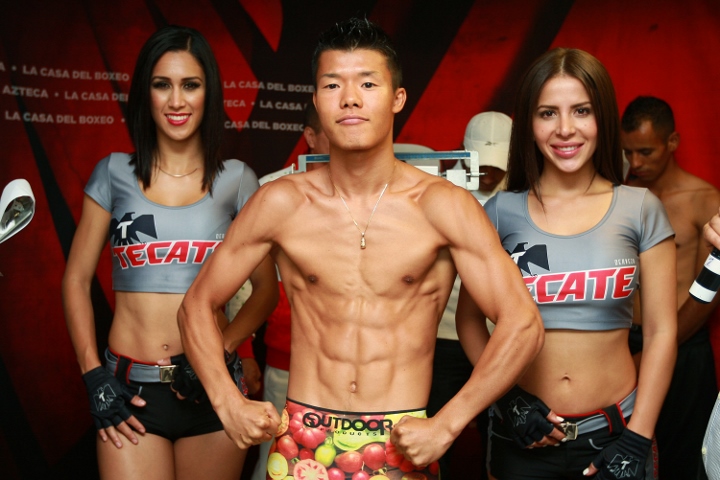 At the press conference, Kameda does not hide his enourmous hope and motivation to get some payback for that loss.

"I really want to collect revenge against Rey Vargas, this time in professional boxing. I can not help being vivacious with a lot of excitement when I think about this fight. There is excitement in my heart to have this opportunity to get revenge to Rey Vargas, and doing so would take a weight off my shoulders," Kameda said.

Kameda emphasizes that - "My next encounter with Rey Vargas will be the most important and decisive fight in my entire boxing career."

Kameda stressed that he aims to become a star in his respective division after coming up with the upset victory against Vargas.

"El Mexicanito" Kameda declares that he will have to go for the victory at all costs - and above all else, he expects the local crowd to be in the corner of Vargas, and because of that he would rather close the show with a viciosu knockout instead of having things play out with the judges.

The super bantamweight division is heating up!