Tommy Fury is set to return to the ring before the end of the year.

The 20-year-old has been out since March when he knocked out Callum Ide in Leicester.

Fury (2-0, 1 KO) then became a reality TV star as he entered ITV series Love Island and was crowned runner-up with girlfriend Molly-Mae Hague in the summer. But the brother of former unified world heavyweight champion Tyson Fury, who is trained by Ricky Hatton, is expected to don the gloves for the third time as a professional before Christmas. 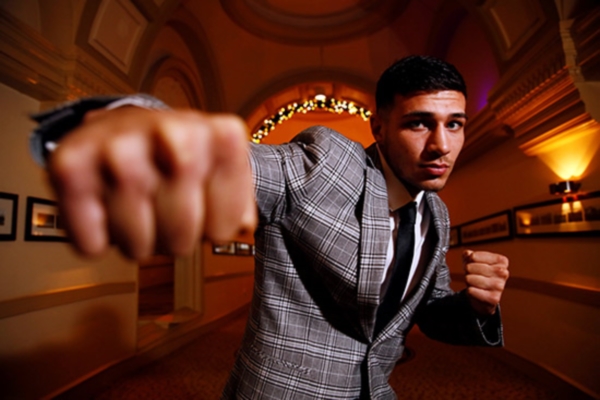 Boxing Scene understands Fury will be confirmed as an addition to Frank Warren’s ‘The Fight Before Christmas’ card on December 21.

"I am delighted to welcome Tommy back into the fold on our huge end-of-year show at the Copper Box," said promoter Frank Warren.

"Tommy is a young man so taking a little bit of time out to pursue a television experience will have done him no harm at all and we always felt certain that he would be back in the ring sooner rather than later.

"In this day and age it is important for boxers to project their personalities to the public and Tommy is now one of the best known young fighters in the business.

"Now he has got to turn his mind back to what he does best and that is boxing. I am sure his new army of fans will be supporting him every step of the way."

The bill will be topped by Daniel Dubois as the London heavyweight challenges for the vacant WBC Silver title in a defence of his WBO International belt against Japan’s Kyotaro Fujimoto, exclusively live on BT Sport in the UK, at the Copper Box Arena in England’s capital.

Sunny Edwards is also expected to vie for the vacant British super-flyweight title against English champion Marcel Braithwaite on the card, with further names on the bill set to be revealed at a press conference in London on Monday.

[QUOTE=GlassJoey;20177809]Time is on his side to get a Frank Warren WBO title in 2030 if the division dies a bit. Also, you mentioned 3 English fighters who haven’t done that badly so far. There’s loads of better comparisons of failed…

[QUOTE=1hourRun;20177132]Tommy Fury does not have the size advantage over most Light-Heavyweights like his goof inbred relatives : Tyson and Hughie, that have the edge over most HW's. This euro-bum Tommy Fury is going no further than Anthony Yarde, Joshua Buatsi…

[QUOTE=Buggy bear;20177246]Cannot work out how a very average 2 bouter with no real record or ability about him is worthy of a headline .[/QUOTE] He’s not headlining, Dubois is. But either way, Tommy Fury has 3m Instagram followers and become…

Tommy looks the part but he just doesn't have it. He'll be fun to watch as he's matched against the first 15 tomato cans but he'll never get close to winning an alphabet strap.

[QUOTE=Buggy bear;20177246]Cannot work out how a very average 2 bouter with no real record or ability about him is worthy of a headline .[/QUOTE] Because he was on Love Island. That's literally the only reason. He didn't look good the…