Tommy Fury Blows Away Przemyslaw Binienda in One

Tommy Fury, famous in the UK for his summer appearance in Love Island along with being brother of leading heavyweight Tyson, had things his own way needing barely a minute to dispatch Poland’s Przemyslaw Binienda at the Copper Box Arena in London.

A huge right caused the Pole’s undoing in the opening exchange, he was overwhelmed by a barrage and down again moments later and referee Jeff Hinds intervened a final time with after 62 seconds of the first session.

Fighting for the first time since March, the undefeated light heavyweight prospect moved to 3-0 (2) and was cheered to victory by TV squeeze Molly-Mae.

“It feels absolutely amazing to be back,” said Fury, crediting father and trainer John Fury for the result. “I was going to box to a game plan, the crowd was unbelievable. Let’s roll on to 2020, more of the same stuff.” 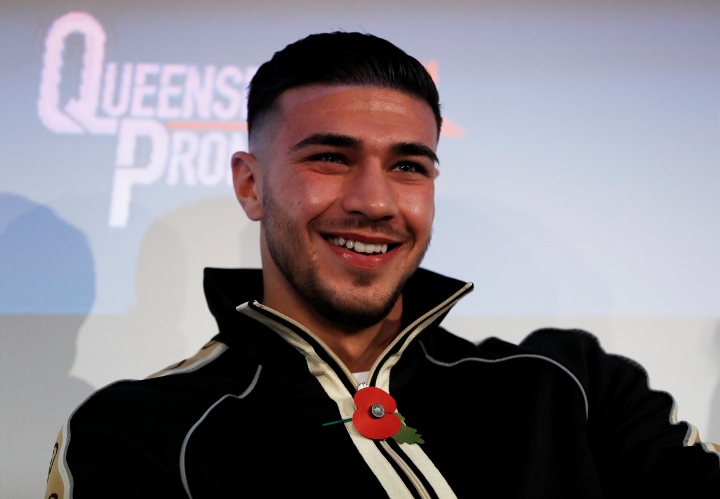 [QUOTE=jackkeane6;20280234]Hahahah I know mate I watched love island cus he was on it and had no idea what on earth he was doing[/QUOTE] Dude pit lucie and his chick side by side..it’s like comparing filet mignon with a glass of…

[QUOTE=turnedup;20274690]Ah the girlfriend is a photoshop bimbo influencer. Look at Lucie Donlan..that’s who he could’ve had and she’s 21 and damn near a perfect ten..the bird is fire!![/QUOTE] Hahahah I know mate I watched love island cus he was on…

I still think we see Missouri/Auburn vs. FSU in the title game in the event AU beats Bama. Ohio State isnt beating Michigan State, and you guys can put that one in your sigs.

I couldn't imagine being one of these guys and trying to pick up a woman "So what do you do?" "I'm a professional boxer" "oh wow! What's your record?" "...I'm sorry, what? let's talk about something else"

I just watched the fight, jesus where do they find these guys? His opponent didn't even throw a ****ing punch!