A big doubleheader is being planned for June 24 in Gdansk, Poland.

Adamek has been out of the ring since April of 2016, when he was knocked out by Eric Molina. He was way up on the scorecards, when Molina caught him cold and knocked him out in the tenth round. At the time of the stoppage, Adamek was up 88-83 on all three cards. 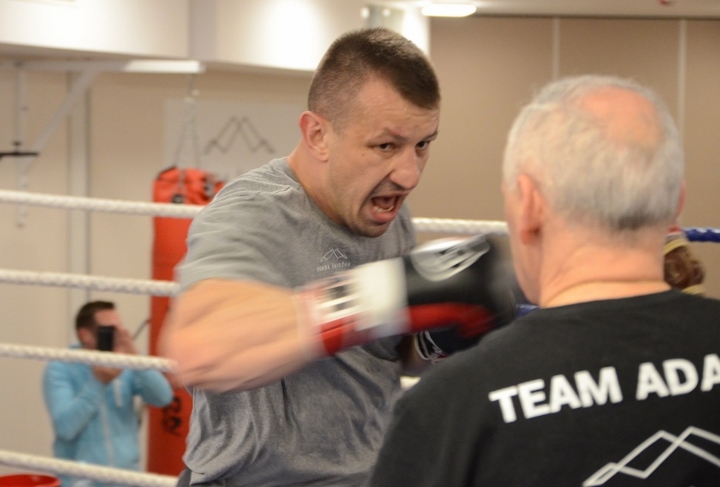 After losing to Szpilka, Adamek appeared to be heading to retirement, but then he retired in September 2015 to pick up a five round stoppage win over another countryman, Przemyslaw Saleta, who was coming off more than two years of inactivity and only having his second fight since 2006. And the fight with Molina came.

In the co-feature of June card, would be cruiserweight contender Mateusz Masternak (38-4, 26 KOs).

At one time Masternak was viewed as a future force in his division, but he suffered several bumps across the road. He lost a competitive twelve round decision to Tony Bellew in December 2015, when they battled for the vacant EBU title at the O2 Arena in London. Masternak returned to the ring in April of the following year, and won a ten round decision over Eric Fields. He came back last month to win an eight round unanimous decision over Alexander Kubich.

Adamek is warrior but i hope its last time

I hope for Adamek this is just a final going away fight that he can win in front of his fans. If it's anything more than that, he needs to re-think this, because he's too far past it for any…

Adamek has had a GREAT career. Few fighters on that '[I]really [/I]good, but not great' level have had the run he has. I wish all fighters could have the matchmaking he's had... fights dudes right on his level or just…

Not saying much especially his pathetic effort and his last fight he needs to stay retired...

[QUOTE=Sadiqkingofko;17564329]He was really good at light heavyweight and cruiserweight, he just couldn't win a big fight at heavyweight, way too small[/QUOTE] He beat Arreola when Chris still mattered. But yeah, overall his HW run was nothing but a money grab…