Indongo (22-1, 11 KOs) is now set to have a training camp in Omaha, Nebraska for a scheduled spring return to the squared circle.

The irony of the situation is that the former champion is very well still under contract with his original manager/promoter, countryman Nestor Tobias. 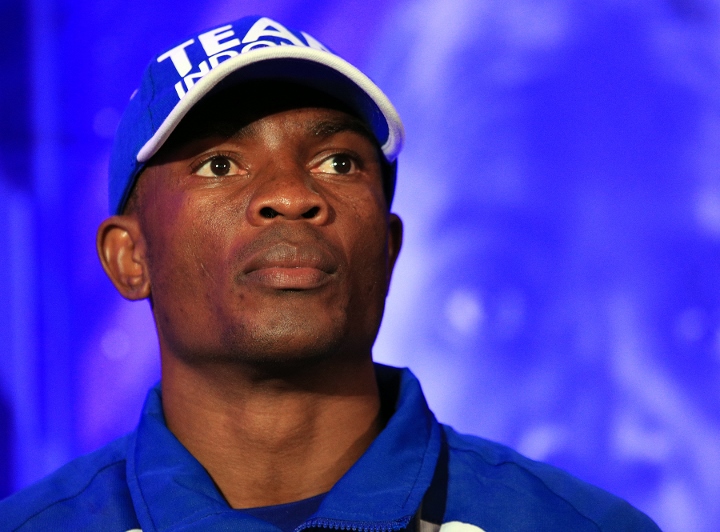 According to Tobias, his promotion, MTC Nestor Sunshine Boxing & Fitness Academy signed a three-year contract with Indongo in February 2015 with an additional three-year extension of the agreement in case of the fighter wins a world championship during the contracted period.

The 34-year-old fighter, however, left his old gym in Windhoek, Namibia early November and never looked back. It is unclear for Tobias when his fighter signed contracts for his proposed American journey.

”I have no idea when he signed these deals or when he communicated or made arrangements with these guys, I was equally surprised to learn these developments,” Tobias told to BoxingScene.com in a recent interview.

”I know very little about Indongo’s whereabouts. He has not communicated with me ever since [he left the gym]. We have always enjoyed an open relationship and if he wanted to discuss anything with me I would have welcomed him, but he chose to do things behind my back. I cannot respect that even though I respect him as a human being.”

Tobias declares he would have been open to negotiating with either Carter or DiBella about Indongo’s career had the American businessmen asked him to sit down for a talk about his fighter’s future.

”If Indongo and his supposed new manager and promoter would have had the decency to call us around the table and negotiate an exit which would have been mutually beneficial for all of us I would not have minded, but the way they have gone about things is totally disrespectful and unprofessional.”

The Namibian promoter previously worked with Eddie Hearn’s Matchroom Boxing to help maximize the profit for his fighter when Indongo faced Terence Crawford in a rare WBC/WBA/IBF/WBO/RING undisputed super lightweight championship bout in August 2017. Indongo, who came up short after he got stopped with a right hook to the body by Crawford in the third stanza, reportedly earned a seven-figure purse for his services.

”You see it is very easy to wait for somebody else to invest so many years in a boxer then you come and grab them and promise them the world. One would expect better from so-called professional promoters and managers that professional ethics would dictate that you do not do such deals behind another promoter’s back and expect to get away with it.”

Tobias, who guided three of his country’s four world titlists to their respected championship belts, is now planning to sue Indongo and his new handlers for breach of contract.

cant fault indongo for taking this

indongo took the opportunity on the table..nestor should be happy one of his fighter is doing well on the world stage.. but the right thing is for indongo,dibella or somebody to compensate the man who gave him the chance from…

Funny Thobias. All his boxers didnt sign contracts. As the best promoter in Namibia, he didn't expect that. He already lost a similar court case with former bantamweight & super antamweight champ Ambunda in November. He should learn from experience.