Rising Australian star Tim Tszyu, the son of Hall of Famer Kostya Tszyu, feels ready to take the next step after picking up a recent win over Dwight Ritchie in a domestic clash at the First State Theatre.

According to The Herald and Age, the Tszyu camp has put together list of potential opponents - including former IBF welterweight champion Kell Brook, tough junior middleweight Dennis Hogan and undefeated German Jama Saidi.

“I’ve proven that by beating the No.9 in the world [Ritchie],” Tszyu said to The Herald and Age. “I watched the replay and I thought I won every round. I think I’m ready for that next step, the next level. I only want people who are in front of me in the rankings. I’m trying to climb the mountain and everything is up from here.” 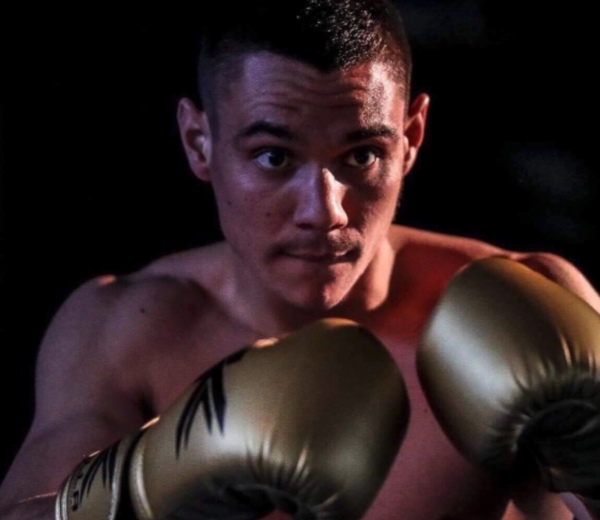 “That would be a great fight,” Tszyu said of Brook.

“He fought ‘Triple G’ so he is a real possibility. Whatever my promoter says, I’m quite excited for what is next.”

And he also likes the idea of fighting Hogan, who suffered a controversial points loss to WBO junior middleweight champion Jaime Munguia in their world title fight earlier this year in Mexico.

“He’s rated in my division and he just fought for the world title,” Tszyu said.

“I’m ready for that level and I just need these guys to accept these fights. I’ve definitely proven myself in the last six to 12 months, I’ve made a name for myself. All of Australia is buzzing. I’ve imagined all of this to happen, I just needed to prove myself to get to the stage I’m at now. Now I want to bring the big fights to Australia.

“I’ve got Main Event, I’ve got all of Australia behind me,” Tszyu said. “We’re getting into stadiums, my following is getting bigger and people are jumping on board. People actual believe now ‘he’s not just the son, he’s the real deal’. It’s finally come to this stage and I’ve proven to everyone I am the best in Australia.”

Too early , not ready to face brooke. Maybe another year or 2 of tuning.

[QUOTE=Richard G;20001461]An imaginary Khan fight is not going to pay his bills. Is he a real pro boxer who likes to practice his craft or some pretender who fights no one?[/QUOTE] hes a pro fighter at the back end of…

[QUOTE=tophat1;19999810]why would kell brook take this fight. he has zero to gain . hes only interested in a khan fight[/QUOTE] An imaginary Khan fight is not going to pay his bills. Is he a real pro boxer who likes to…

why would kell brook take this fight. he has zero to gain . hes only interested in a khan fight

[QUOTE=mlac;19999648]i thought he was fighting the male stripper, or does Tim not want that lapdance?[/QUOTE] Hornet is dancing middleweight with Zerafa later this month.