The last two welterweights to throw down in a title unification clash will have a bird’s eye of the next such occurrence.

The PPV headliner will mark the first true unification bout at welterweight since Thurman (29-1, 22KOs) and Garcia (35-2, 21KOs) collided as unbeaten titlists in their March 2017 clash, with Thurman prevailing by split decision nine months after turning away the challenge of Porter (30-2-1, 17KOs) in their June 2016 thriller. 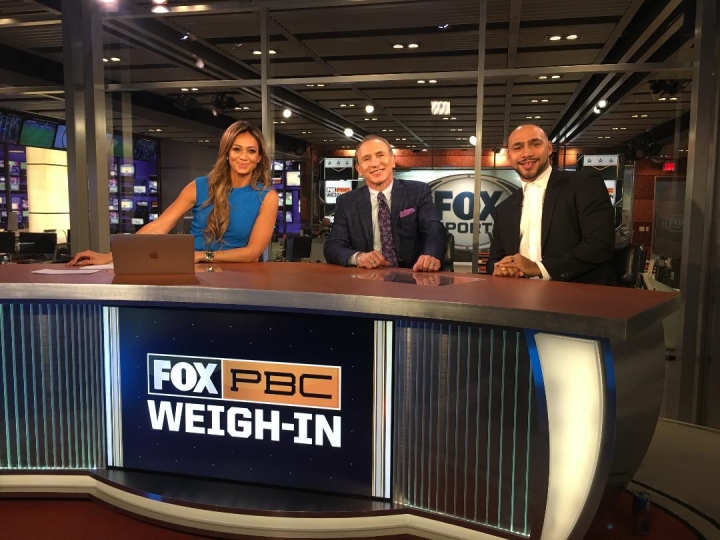 Spence (25-0, 21KOs) will attempt the fourth defense of the title he claimed in an 11th round knockout of Kell Brook in May 2017 on the road in Sheffield, England. His clash with Porter will mark the fourth time in his five title fights where he’s faced a previous or current title claimant, though in his first unification clash.

The Desoto, Texas-bred southpaw enters on the heels of a 12-round shutout of previously unbeaten Mikey Garcia—who moved up from lightweight—in the first-ever Fox Sports PPV event this past March.

Porter guns for the second defense of his second tour as a titlist. His previous reign ended after just eight months and one successful defense, losing to Brook in Aug. 2016 when both were unbeaten. His second reign began with a 12-round win over Garcia last September in Brooklyn, New York.

Since then, the squat Ohio native—who now lives and trains in Las Vegas, Nev.—has excelled in his role as an in-studio host for Fox Sports’ Inside PBC Boxing series while also serving at the host table and on occasion as a ringside expert analyst for several Fox events.

In training for his upcoming bout, Porter—who enters following a narrow points win over Yordenis Ugas in March—has been temporarily replaced in studio by Thurman. The comebacking Floridian saw his title reign come to a close in his last bout, a 12-round loss to Manny Pacquiao in their title consolidation clash this past July. The bout also aired live on Fox Sports PPV, with Porter enjoying his hosting role for the event and now with the former ring rivals swapping job titles for this card.

Garcia—who bounced back from his loss to Porter with a 7th round knockout of previously impenetrable Adrian Granados this past —is also experienced behind the mic. The former two-division titlist from Philadelphia (Pa.) previously served as a ringside analyst for the previous PBC on Fox series prior to the network executing a lucrative long-term deal last fall.

The regular PBC on Fox crew of Kenny Albert, former World heavyweight champion Lennox Lewis and renowned boxing trainer Joe Goossen will serve on the live ringside call for the entirety of the four-fight PPV telecast, as well as the lead-in preliminary show on FS1.

All fight week festivities will be carried live on FS1 and Fox Deportes, as well as on the Fox Sports app. Jake Donovan is a senior writer for BoxingScene.com. Twitter: @JakeNDaBox