The year of the Cornflake is officially underway.

Thomas ‘Cornflake’ Lamanna kicked off his 2021 campaign with his second straight victory, scoring a 5th round knockout of Juan de Jesus Angulo on Saturday at La Terraza Sport Bar in Agua Prieta, Mexico. The 29-year old junior middleweight scored three knockdowns, the last of which prompted a stoppage at 1:12 of round five in their main event which aired live on Rising Star Promotions’ Facebook page.

“I didn’t feel my best but was glad I was able to get the win,” LaManna told BoxingScene.com. “I wasn’t too happy with my performance but a win is a win.”

Lamanna returned to the same Sonora locale where he picked up a 1st round knockout win last October. The feat came on the heels of back-to-back losses, including a disputed 10-round decision defeat at the hands of Brian Mendoza last August in Los Angeles. 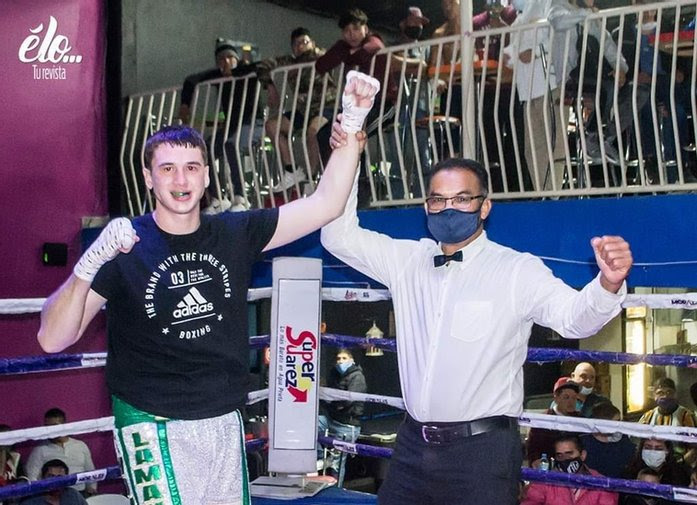 Judges weren’t required for the second straight time as even an out-of-shape Lamanna was too much for the locally based Angulo (21-15, 14KOs), his right hand causing the bulk of the damage and all three knockdowns. The Millville, New Jersey product had Angulo in trouble in round two, connecting with a straight right to floor his foe for the first time on the night.

A similar shot put Angulo flat on his back in round four, though somehow managing to beat the count. Lamanna continued to apply pressure until a booming right hand laid out Angulo in round five, forcing the referee to stop the contest.

The fight came on the heels of Lamanna (30-4-1, 12KOs) recovering from a battle with COVID-19, having tested positive for the infectious virus last November. Better performances will come from the charismatic junior middleweight in the year ahead, with Saturday’s fight serving its purpose in getting in a few post-holiday rounds.

“I feel as though I rushed into a camp so quickly after having Covid that all I did was drop the weight,” confesses Lamanna “My rehydration wasn’t on point like it should have been. It’s all a learning lesson.

Quote"“Win number 30 and a WBA [Fedecentro] strap isn’t too shabby for a regular blue collar kid from New Jersey. I’m grateful.” Oh please. Your opponent should never have been in any kind of title fight, the fight being made…